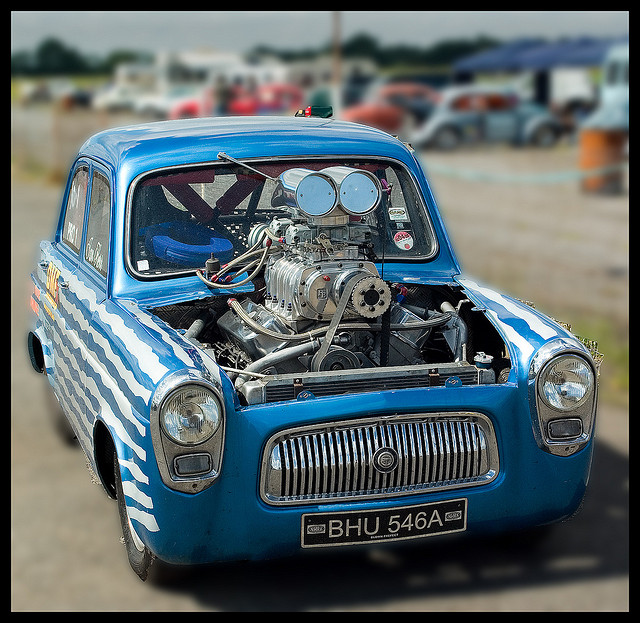 For the past half century, car engines have remained relatively similar, with engineers deviating little when it comes to engine design. That said, not all vehicle manufacturers stick to the same rules when it comes to designing engines. As the following seven examples show, great (or, at least, interesting) things come when manufacturers are willing to think outside the box!


The name Bugatti is the stuff of legends when it comes to car design, so it’s no surprise that the Bugatti 8.0-litre, 1,000+ HP W-16 engine ranks among the most powerful engines in the history of the automobile. First produced in 2005, the engine also happens to be among the most complex engines in the world. Featuring 64 valves, the W-16 has a total of four turbochargers, and a one-of-a-kind W-shaped design featuring 16 cylinders.


If the thought of all that power and the engine’s unique design concern you, don’t worry - the good news is the W-16 comes with a warranty!


First built in 1958, the Mazda/NSU Wankel Rotary engine is still in production today and can be found on the make’s RX-8 model. As odd as it sounds, this engine is based on a three-pointed piston that’s designed to spin inside an oval-shaped box. As it spins, it burns fuel, giving it the appearance of a ball of fire spinning around inside a bingo cage. The fact that it runs is enough of a surprise, but this unique engine is actually quite balanced.


Featuring a triangular-shaped rotor with convex faces, the Mazda/NSU Wankel Rotary engine has three corners referred to as apexes. Three chambers are created as the rotor spins inside the housing, which are responsible for creating the engine’s four power cycle phases - intake, compression, power, and exhaust.


As a result, this engine is incredibly efficient and is capable of producing HP outputs that are quite relative to its engine displacement. The downside, of course, is that the engine consumes a high degree of fuel, due to its elongated combustion chamber. It’s not the right choice for every car buyer, but if gas costs aren’t a concern and you’re looking for something unique you can purchase today, look to the Mazda/NSU Wankel Rotary engine.


The Knight Sleeve Valve engine, first produced in 1909, is the brainchild of Charles Yale Knight. If that name sounds familiar, it should. Charles Yale Knight is known all over the world for being a frontiersman in the automotive industry. In 1909, he had what can best be described as an epiphany. Believing that traditional poppet valves were simply too complicated and that followers and attendant springs were not efficient, Knight took the step of resolving those problems by positioning a sliding sleeve around the piston.


This change led him to expose the exhaust and intake ports within the cylinder wall, and while it might sound strange, the rather unorthodox solution worked. The aptly-named sleeve-valve engine made it possible to take advantage of low noise levels and high volumetric efficiency, without the risk of valve float. Of course, there were a few disadvantages, including high oil consumption and the challenge of maintaining this new type of engine.


The Knight Sleeve Valve later appeared in numerous vehicles, including models by Peugeot and Mercedes-Benz. Eventually, though, this type of technology fell out of fashion once poppet valves were designed that were better able to handle high RPMs and high heat. As a result, the Knight Sleeve Valve was last produced in 1933.


First produced in 1904, the Eisenhuth Compound engine was created by the Connecticut-based Eisenhuth Horseless Vehicle Company. Founder John Eisenhuth (who had previously claimed to be the inventor of the gasoline engine) built his engine with an inline three-cylinder arrangement in which a dead, or unignited, engine rested in the middle, flanked by two outer cylinders. The massive middle cylinder, measuring a full foot across, provided the output for the engine, while the two outer engines came in at a much smaller size, measuring just about seven inches across.


At the time, Eisenhuth claimed that the engine was capable of producing nearly a 50 per cent increase in fuel economy over standard engines, though its long-term success was never fully realised, as the company went bankrupt in 1907.


Produced in 1900 in England, this air-cooled, 4.0-liter-flat-twin engine featured a twin-crankshaft in which one of the twin cranks was positioned above the over cranks with each piston on the engine featuring three connecting rods. One heavy rod was then positioned in the centre with two lighter rods positioned on the outside, with the two lighter weight rods connected to one crank and the heavy rods directed to the other crank.


The final result of this rather oddly-designed engine was 10.5 HP with a 12,250 RPM capability. Even more amazing, the engine had relatively little vibration. Unfortunately, the Lanchester Twin-Crank Twin engine was only produced for four years, with manufacturing ending on the model in 1904.


This unique, French-designed engine came on the scene in 1947. And although it appeared rather average at first glance, it was anything but. Manufactured by Panhard, most well-known for developing the suspension rod, this engine was made distinctive by its single-unit construction in which the cylinder head and block were cast in one piece. Making this engine even more unique was the fact that the hollow aluminium pushrods, roller-bearing crank, exhaust pipes, and torsion bar valve springs all did double duty as engine mounts.


Output on this engine varied between 42 HP and 60 HP, depending on the specific model. Despite its odd design, the Panhard Flat-Twin engine did manage to bring home a win at the 24 Hours event at Le Mans before being discontinued in 1967.


This rather strange engine has a strange name to go along with it. Each cylinder in the Commer/Rootes TS3 Commer Knocker engine features two positions, with the crowns on the cylinders facing one another. When this engine was first produced in 1954, it was designed to power Commer trucks with its 270 lb-ft of torque. Sadly, this beast of an engine was last produced in 1968.


Though few of these fascinating, unique engines are still in production today, what’s important isn’t their longevity - it’s their manufacturer’s commitment to innovation. With advances being made every day in materials science and our understanding of physics, who knows what kinds of seemingly odd looking engines we’ll see in the future!