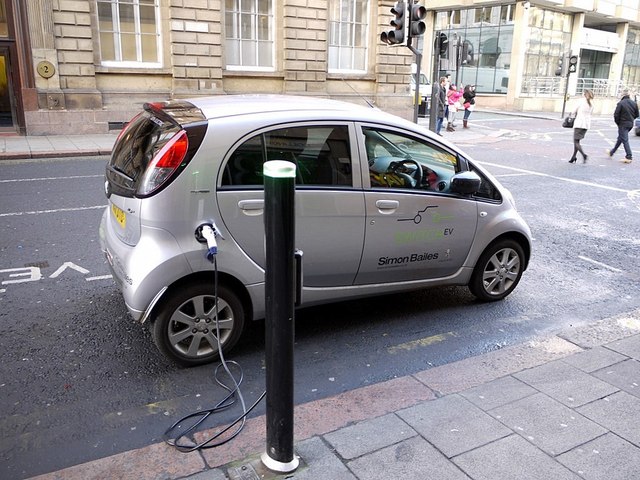 In the past, electric cars were just a dream - and the people who were serious about owning them had to spend a lot of money to make their visions a reality. At the same time, most of the electric vehicles on the market were unreliable, and they didn’t offer much in the way of power, speed or longevity.


Fortunately, the times have changed - and they’ve changed so rapidly that it’s now possible to buy an electric car from most of the major manufacturers. Many of these newer versions can drive for hundreds of kilometres on the same charge, all while enjoying the power drivers need to get where they want to go.


Thinking about adding an electric car to your garage? Here are five of the top players in the race towards fully-electric vehicles:


If you want to talk about electric cars, Tesla should be the first name on the tip of your tongue. While they aren’t the biggest car company or the one that’s been around the longest, their efforts with electric cars have certainly been impressive thus far. The company’s flagship S model can go from 0-100 kph in as little as 3.4 seconds, and it can get up to 502 kilometres on a single charge. Basically, there’s a reason that this company has taken the industry by the storm, and that other larger and well-funded manufacturers have taken notice!


While the S is a great, futuristic car, and although the company has big plans for the future, this flagship car is still a bit expensive for most people - especially with other companies are breaking into the space with more affordable electrics. With that being said, when looking at electric car companies, it’s impressive to see the strides the company has made so far. Without a doubt, the other manufacturers on this list owe a debt to Tesla for the progress they’ve driven in the industry.


Although Nissan is a major manufacturer that offers a lot of non-hybrid, non-electric cars, the company’s entrant to the electric market - the Nissan Leaf - is arguably one of the best electric cars on the planet. Although Nissan hasn’t taken the technology as far as Tesla, the Leaf is more affordable - enabling average people to own one without cashing in their life savings.


While the car “only” tops out at 145 kilometres per hour and gets about 115 kilometres per charge, it’s still a great car to get around town in. Technology changes quickly, though, and you won’t have to wait long to see more cars like the Leaf. In fact, Nissan has four plug-in vehicles slated for future release, including the Infiniti LE, Nissan e-NV2000 and two other models that haven’t yet been announced.


When it comes to car technology, you’ll notice that Honda is almost always positioned near the top of the list. This has been true over the last three decades, and it’s truer now than ever before. The company was one of the first to enter the eco-market in 1999, when the Honda EV Plus was introduced as a lease-only option. While the model gained a lot of popularity, Honda was too far ahead of the curve, and it never took off. After the leases ended, customers had to return the cars, and Honda chopped them up.


Although it was a sad day for electric cars, things have gotten better for Honda. The manufacturer’s Fit EV comes with a 20 kWh lithium-ion battery pack that lets motorists get around town without having to rush home to charge the car. While it’s a great car, it’s only available in select markets and it can only be leased, though Honda has plans to offer plenty of all-electric models and plug-in hybrids by 2018.


Believe it or not, GM is in on the electric game. The company’s Chevy Bolt is a great car that - at a price point of around $30,000 U.S. dollars - represents a great challenge to Tesla. This is a truly groundbreaking innovation in the industry, and it’s one that could make electric cars affordable for everyone who cares about the environment.


As the Bolt is expected to get around 320 kilometres on a single charge, it will be more than an ideal daily driver - it’ll even work for shorter road trips. According to current estimates, the car will available to buy sometime in 2017, and it’s expected to be as big a hit as the company’s original Chevy Volt. Get used to seeing the name GM in the electrics conversation, as the manufacturer has announced plans to get going in the game by introducing more sports cars and SUVs with electric versions.


It’s one thing to have a small electric car that gets you where you need to go - it’s another thing entirely to have one that’s fast or that offers you off-roading capabilities. Audi plans to change that. Recently, the manufacturer began work on a pure-electric Q6 SUV, though it won’t be ready until 2018.


The wait may be worth it, though, as the SUV should get around 500km on a single charge. The company isn’t stopping there, and if you can wait a couple more years, you can get in on the Audi R8 e-tron. This electric vehicle should get around 450 km on a single charge - enough to make most sports car fans happy. More impressively, the car should go from 0-100 kph in about four seconds - a truly incredible feat that was unthinkable just a few years ago. Simply put, if you want to go electric, but you need more than a small commuter car, Audi’s plans are sure to make you happy.


In the past, electric cars were all just a dream, but recent innovations are bringing them closer to reality than ever before. With companies like Tesla, Nissan, Honda, GM and Audi making such impressive strides, we can’t wait to see where this new technology takes us!