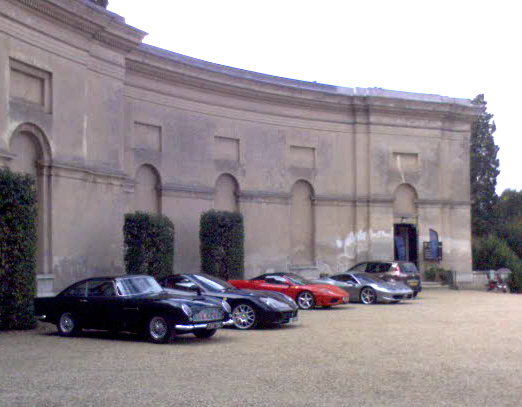 Whether you’re simply a car enthusiast or whether you’re considering treating yourself to a luxury vehicle purchase in the future, you’re no doubt interested in the most exclusive - and often, most expensive - vehicles in the world. Many of these cars are held by private collectors, and when they do make it to market, they’re funnelled through an extremely small number of elite auction houses. If you’re interested in purchasing one of these renowned vehicles - should they ever appear on the auction block again - be prepared to shell out several million dollars or more.


Most of the vehicles you’ll see on the list below can be clearly identified by their nationality, with names such as Ferrari and Mercedes-Benz among the most prolific, though you’ll also see such names as Bugatti, Bentley, and Rolls-Royce joining this illustrious company.


While jewellry, watches, and art have traditionally been the investments of choice for collectors and high-net-worth individuals, many investors are now turning their attention to investments of passion - and that often means vehicles.


As a result, these passions are now driving prices upward for many different types of rare and exclusive vehicles. In fact, some of these commodities are now providing even better returns that the stock market. In light of past sales conditions, it’s entirely possible that auction prices for these highly sought after and desired vehicles will continue to increase at a steady rate in the future.


Now, without further ado, let’s get to the list!


If you wanted to own one of the most expensive and renowned vehicles in the world during the 1920s, you had your eye on the Bentley. Extremely successful at Le Mans, this beauty took first place in 1924; nabbing a first place position once again three years later and continuing to hold the line through 1930. But this classic car doesn’t come cheap today. When a 1930 Bentley Speed Six most recently came up for auction in 2004 at Christie's Le Man Classic, it fetched $5.1 million USD.


It’s no secret that some of the most expensive, exclusive and sought after vehicles in the world hail from Italy, and the Ferrari 340/375 MM Berlinetta Competizione is a case in point. This race car won the 1953 24 Hrs. Le Man and managed to bring in just under a $13 million price tag at a recent special Ferrari auction.


Ferrari is also responsible for building one of the rarest vehicles ever produced, the 1962 Ferrari 250 GTO. Only 36 of these vehicles were ever produced and, of that number, not many have survived. When a model came up for auction in Las Vegas in 1991 and went for $8.8 million, it was the last known sale of such a vehicle anywhere in the world.


Want exclusivity with your luxury car purchase? Look no further than the 1929 Mercedes-Benz 38/250 SSK. Only 33 of these vehicles were ever produced, easily making it among the most exclusive vehicles in the world. When a model sold last in 2004 in the UK, it also became the most expensive Mercedes in the world, with a price tag of $7.4 million.


Yet another classic Ferrari, the 1962 Ferrari 330 TRI/LM Testa Rossa is not only a beauty to behold, but is also unique in that it was the last race car with a front mounted engine to be used by Ferrari. Driven by Oliver Glendebien and Phil Hil in the 1962 24hrs Le Mans, this vehicle is highly sought after and brought an auction price of $9.2 million when sold at a 2007 Maranello factory auction.


In terms of exclusivity, the 1931 Bugatti Royale Kellner Coupe is astonishingly rare: there were only ever six of this model produced. Featuring a 12.7 li engine that was actually intended for an aircraft, this beauty has been drawing attention for decades. In 1987, a model headed to a special Christies auction in London and brought in an astounding price tag of $9.7 million.


Easily considered one of the most expensive, most exclusive, and most beautiful vehicles ever produced, this little gem had a very limited run of only 36 automobiles produced. Collectors have taken note, though, and when one of those three dozen was put up for auction by its owner James Coburn in 2008, it fetched a purchase price of $10.9 million.


While the previous vehicles on this list might sound expensive, they don’t even come close to this sales record. When a 1963 Ferrari 250 GTO came up for auction in 2014 at Bonham's Quail Auction, it sold for a whopping $34.7 million.


One final chart-topper to get your mouth watering is the 1954 Mercedes-Benz W196. When a model of this vehicle came up for auction at Bonham's in 2013, it brought in a tremendous purchase price of $19.6 million.


So, there you have it - ten of the most expensive and exclusive vehicles in the world. Surprisingly, many of these vehicles give new meaning to the term ‘classic’ as they pre-date World War II, and - in one instance - even pre-date 1905. If you ever find yourself with a few million dollars to spare, one of these vehicles would certainly make a fine investment. But, you may need to wait - and not just so that you can come up with the needed funds. These vehicles only rarely come to auction, so you’ll need to act fast to make your luxury car collection dreams a reality!