The 2018 Jeep Wrangler Moab Edition- What You Need To Know 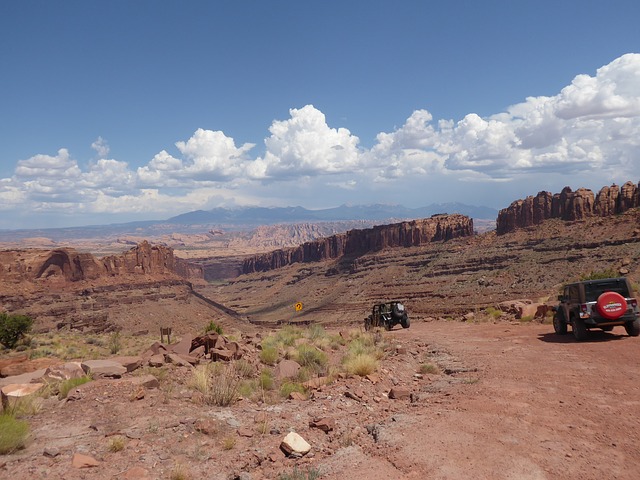 When it comes to rough and rugged vehicles, Australia is a natural fit for any new auto in this space. We have a massive continent full of scenic highways and freeways, plus off-road trails of grass, sand – and even snow! – to explore.

In fact, the Great Southern Land has a history of producing bold and brash vehicles. That’s why the news of any SUV – particularly one that's highly anticipated – will always be welcome. With the release of the Moab edition of their iconic Wrangler, Jeep has announced this new ride as among the most exciting releases of 2018.

So what makes it so special? Here's a look.

Tracing its history all the way back to the 1940s, the first Wranglers became famous on the battlefields of World War 2. The difference between that humble-looking buggy and today’s sleek and brutish Wrangler is like night and day.

With each year and decade since, Wrangler has released new models with fresh innovations that push the envelope and delight Jeep fans, and reflect the changes in the ways in which we live, work, and use our vehicles.

In the post-War world, many cities saw their suburbs boom, and with that change, a shift away from living in the inner city to the longer commute from suburbia. There has also been a historic rise in car ownership in general, plus the growth of extreme sports and outdoor adventures, which make SUVs like the Jeep the natural vehicle of choice.

That’s why the Moab offers so much to be excited about. It's fresh and different, but is also a successor to the rich tradition Jeep has built ever since ownership of these iconic vehicles shifted from beyond army depots and into our garages.

Anyone who has driven in an SUV before will know the elevated ride they provide. This can be handy in suburban traffic when looking to find an open lane, and is really essential when it comes to off-roading and ensuring you’ve got a wider field of vision. While every SUV will deliver a higher height than a regular car, the Moab looks to go one better with its special elevated tyres.

With its 32-inch tyres complemented by 17-inch rims, the Moab’s tyres are not only big but tough. For any off-roading fan who has known the frustration of getting a tyre stuck when rolling through trails, the Moab’s tyre setup alone will appeal. But it’s not just the tyres that make it special – its exterior as a whole is terrific and tough.

A Rubicon hood, grille throats, tow hooks, and steel bumpers ensure the Moab will charge through the off-road trails with you, giving you the confidence and peace of mind of knowing that you’ve got a vehicle that will stand up to the toughest tests nature puts before it.

The Moab's interior is unforgettable too. Under the hood is a powerful 3.6-liter V6 engine that will deliver max horsepower to the tune of 285 @ 6400 RPM, and a max torque of 260 @ 4800 RPM. With a 4WD drivetrain and a 3,500-pound towing capacity, this engine will power through or pull behind just about anything it encounters.

Inside, there’s an 8.4-inch touchscreen with navigation. Not only does this slick addition confirm the Moab will make for a seamless fit cruising the inner city or the Outback, the generous proportions ensure the driver can interact with the touchscreen quickly and efficiently, and not lose momentum on the trails by having to struggle through a menu of tiny text and hard-to-read screens.

What's more, with an Alpine stereo, leather interior, and an array of driver assist systems, this Jeep can do a school run just as easily as a safari. So for all those who want to off-road but still need a practical vehicle for driving the kids around, this Jeep fits the bill.

Jeep is just the beginning

While this new Jeep is amazing, it is also just the latest in a number of really exciting vehicles that have been grabbing headlines in 2018, with the BMW-Toyota Sports Car Collaboration a great example of car makers working to deliver show-stopping vehicles.

We’re also living in an incredible time for innovation in automobiles. Not only are more and more hybrids and electric vehicles hitting our roads, but the upcoming debut of self-driving cars is set to revolutionise the way in which we use cars once again.

The story of the Jeep Wrangler Moab edition speaks to a broader trend we're seeing in the world of autos. To many Australians, it may seem surprising to learn the traditional sedan is no longer the most sought-after vehicle type, but in 2017 465,646 SUVs were sold. As such, SUVs became the market leader for best-selling vehicle types in Australia.

While many people are drawn to SUVs because of their utility and versatility, with greater popularity and demand comes the desire of manufacturers to create new vehicles, ones that both cater to existing audiences and attract new admirers. The Wrangler Moab edition is an amazing creation by Jeep – and now is a very exciting time to watch what they do next.

What other special edition vehicles are you looking forward to the release of? Let us know in the comments below: