6 of the Most Peculiar Cars Ever Built 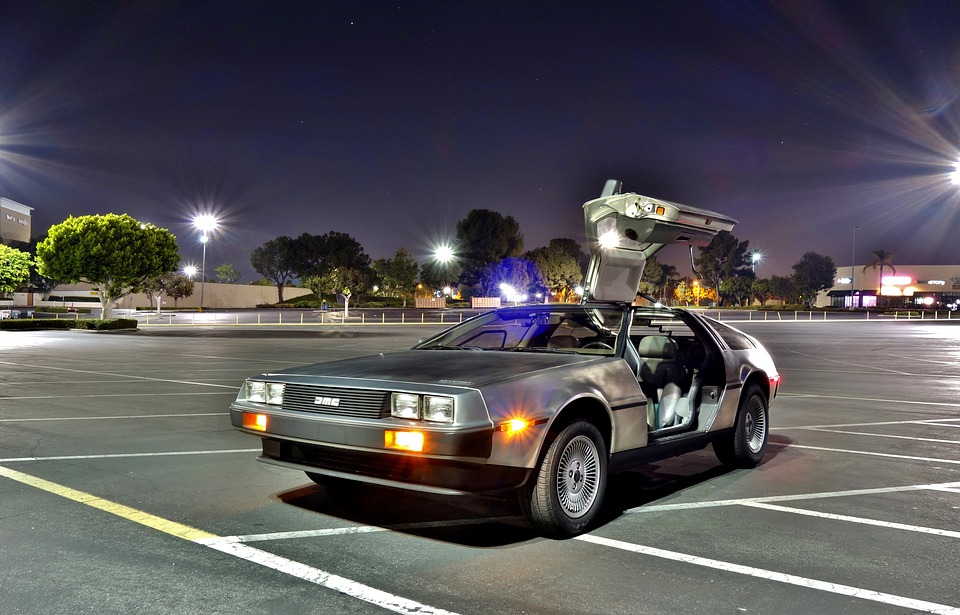 Car releases can be hit or miss. Despite the millions spent on designing and manufacturing, sometimes car companies can put out a vehicle that really misses the mark.

It's not very common today, given all the money that's spent on consumer research and targeted digital marketing campaigns.


Nonetheless, it still happens from time to time – and history is full of examples. Some true classics were released alongside some very peculiar vehicles. The classics speak for themselves, but the weirder vehicles are rarely spoken of. Here's a look at 6 of the oddest vehicles ever produced.


In the 1950s, the world saw a big space race kick off. The U.S., the USSR, and other nations all wanted to show their tech superiority in building rockets – and General Motors thought putting one on wheels would be a smart idea. This peculiar vehicle looks a lot like something a young kid would draw while bored in class – only it was made by one of the world’s biggest auto companies.


It should be noted that this was essentially a concept car never intended for mass release, but it nonetheless pushed the envelope on contemporary car design and safety.


Firebird test supervisor Emmett Conklin apparently discovered this first-hand when trialling the car. Although it impressively reached a speed of 160km/h, Conklin found the tyres began losing traction when he went to change gears. While the Firebird 1 is certainly unusual, it also spawned a number of sequel cars, showing that a peculiar car can be the foundation of future designs – even if its own success is more limited.


The 1950s was an era of fierce competition between rival manufacturers, as cars increasingly shifted from luxury items to affordable transport tools for the masses around the world. Although demand was strong, it didn’t stop consumers from rejecting vehicles they thought were bad. This is the essence of the Edsel’s story – a very odd vehicle built under unusual circumstances.


Originally intended to be an experimental auto, its production was the result of changes in Ford’s ownership which saw the company shift from family-owned to a publicly-traded corporation. The many organisational changes that resulted produced a car that consumers felt was poorly built and ugly, and ultimately, it was badly marketed. In those days, such a trifecta of failures could be a knockout blow for a company, but fortunately Ford was able to put the Edsel’s failure in the rear view mirror.


As a company worth AUD$36 billion, Ferrari clearly has a strong record of releasing classic cars. That’s why any of its low points are particularly notable. This auto drew smirks at the time, and today it looks like a budget scanner you’d pick up at an office supply store. Despite its design, the 5-speed manual V12 engine inside meant anyone who did get behind the wheel would surely have an amazing drive, even if they drew many odd looks.


Today the DeLorean is rightfully recognised as an icon – a dream car for many petrolheads, especially those who first saw it onscreen in the Back to the Future series. There’s no question this car is peculiar, though, and it made waves at the time of its release with its futuristic design and showstopping gullwing doors.


The fact that this car was originally the only one ever built by DMC added to its peculiarity. Throughout the years since its debut in the 1980s, many car fans have wondered what could have been had the DeLorean brand not had such an unfortunate end. Fortunately, it appears we may finally get an answer, with 2019 bringing the news a DeLorean revival is in the works.


Similar to the DeLorean’s trajectory, the Tucker 48 story involves a cool car coming undone due to issues far beyond the factory. Although just 50 of these vehicles were made before it all came to an end for its designer Preston Tucker, the vehicle ultimately won a powerful following. Renowned director Francis Ford Coppola produced Tucker: The Man and His Dream back in 1988, and he himself is the proud owner of a ‘Tucker Torpedo’ today.


Spandex has its place in our world, but most people would agree it belongs in the gym or at the ballet – not on our roads. Unfortunately, BMW had a difference of opinion on this, and that’s the reason their 2001 BMW GINA Light Visionary car now has a spot on this list. This car really is a peculiar piece of machinery – it was basically an aluminum wire frame covered in spandex.


The stretchable, water-resistant fabric was wrapped across the vehicle from bumper to boot, and raised eyebrows across the auto world for its apparent ability to change shape according to weather conditions – or as the driver directed. Although this car was definitely quirky, it was also a tremendous conversation starter on the future of car materials at the beginning of the 21st century, and for that, BMW should be praised.

The potential in the peculiar


In hindsight, it's easy to ask ‘What were these designers thinking?’ It’s also certain that even when designing these cars, their creators knew they were pushing the envelope. History shows the majority of these vehicles were deemed too peculiar to be popular. Yet it must be remembered that the history of classics shows the line between great innovation and failure can be small.


Ultimately, these cars sought to drive a new design into mass popularity, doing so in a time where the car industry as a whole was still new and reliant upon creative spirits to deliver something groundbreaking. Although we’re unquestionably in a better era for car quality and safety today, many car fans will be forgiven for thinking designers play it a little too safe.


Car fans today can look back on cars like these acknowledging they failed, but admiring their ambition to offer something different. Although these designs now reside in history, many car fans would surely love to see a little of the creative spirit that generated them brought back to the forefront in our current era of autos. These pioneers should be commended for their spirit, even if the results weren’t always amazing.


What other peculiar cars are you a fan of? Let us know in the comments below: