The 5 Best Bond Cars and Where They Are Now 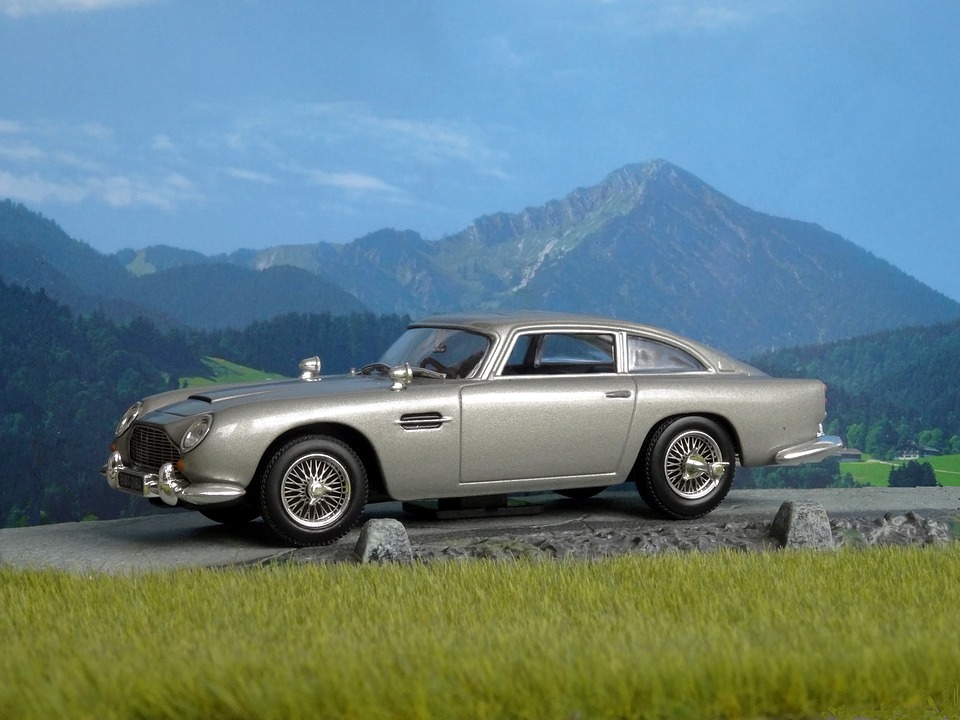 James Bond films draw crowds into theatres for a variety of reasons. Most people enjoy a good popcorn action movie – but everyone has their own opinion of what makes a Bond film particularly fun. For some, it's the struggle between good and evil. For others, it's the sophistication of Bond as a ‘citizen of the world’ who travels to glamorous locations, speaking the language and moving through party after party with ease.


And for yet others, it's the cars. It has been more than 50 years since the release of the first Bond film, Dr. No, in 1962, so it’s no surprise that the high-octane life of 007 has come with an incredible collection of cars over that time. But where do they all go once the cameras stop rolling? Here's a look at 5 of his most famous, and what happened to them after filming ended.


From one Bond film to the next, a new vehicle is always introduced – and is inevitably ranked by fans on the list of best-ever Bond vehicles. But while these new additions are special, no Bond car is likely to take the place of one of the Aston Martin DB5s.


The DB5 debuted at a special time in the history of Bond films and 1960’s pop culture in general. Arriving in Bond’s third outing, Goldfinger, it forever associated Bond with glamorous cars (and the regular appearance of Q).


Many DB5s have been used throughout the series – with Goldfinger’s production ultimately requiring two DB5s for various parts of filming – but the whereabouts of the special ‘road car’ used in the film’s iconic driving scenes remain a mystery. The last time this car was spotted on the open market was back in 2010 when it sold for a whopping AUD$6.64 million.


Roger Moore’s time as James Bond saw the franchise switch from Aston Martin to Lotus for a period. Though 007’s association with Lotus may have been relatively brief, with the 1977 release of The Spy Who Loved Me, it was guaranteed that the Lotus Esprit S1 would forever occupy a special place in Bond fandom.


Alongside the unforgettable submarine scene that made this vehicle famous, its adventures since then have also earned it a special place in Bond lore. Last sold in 2013 to a mystery buyer, it was later revealed that the buyer was Tesla CEO Elon Musk. The billionaire surely had no problem paying the bill of approximately AUD$1.4 million, and it’s great to know this beloved Bond vehicle is treasured by a true car fan.


Alongside Lotus, Roger Moore’s Bond had a famous association with the AMC Hornet hatchback. Among the few American vehicles Bond has driven during his time on screen, this auto also cemented a special place in 007’s adventures with its amazing flip over a broken bridge in The Man with the Golden Gun.


This car was last sold in 2017 for AUD$158,000 via Sotheby’s. While it's no small sum, compared to the millions of dollars other Bond vehicles have attracted, it’s relatively affordable for an iconic piece of the film franchise. But if you do have the cash on hand and aren't sold on the AMC, there's always this next option from the Bond universe ...


Pierce Brosnan’s time as Bond throughout the 1990s and early 2000s saw the superspy opt for BMW over Aston Martin, and the Germany manufacturer saw a whole new fanbase arise.


As the years pass, however, even famous Bond cars can be hard to keep track of, owing to private sales, silent buyers at auction, and some car collectors who lock them out of sight. That’s why it's terrific news that a Z8 used in 1999’s The World is Not Enough resurfaced in 2012, and ultimately sold for AUD$154,000 at auction. Here’s hoping this vehicle once again makes a surprise appearance like Brosnan did in his debut.


Any film series as old as James Bond will have its controversies. Bond’s ride in the 2002 film Die Another Day proved divisive among the general public, even if many Bond fans adored the addition of an ‘invisible car’ to 007’s garage.  While the jury may still be out on the V12 Vanquish, it’s clear one fan really loved it.


In 2003, the Aston Martin used in Brosnan’s final outing as Bond was sold for AUD$386,000. Just like Elon Musk’s ownership of the Lotus, this vehicle was also purchased by a car superfan: Peter Nelson, owner of The Cars of the Stars Motor Museum in Keswick, UK. Unfortunately, the museum closed in 2011, with the current fate of James Bond’s only invisible car currently unknown.

The rare and the accessible

While the cost of many of these cars may leave you shaken and not stirred, the good news for big Bond fans is that there are many cars featured in the series that are relatively affordable.


Best of all, a number of them have even been driven by Bond himself. So while Sean Connery’s Aston Martin DB5 may be too pricey right now, it's easy to get ahold of an Alfa Romeo, or even a Land Rover or Volvo driven by the world’s greatest spy.


The film series has grossed over AUD$23 billion since Bond's first outing in Dr. No. By any measure, that's an outstanding achievement, and its success is owed to a number of factors. But undoubtedly, a key factor has been its ability to make cars with ejector seats, rocket missiles, submarine capability – and yes, even invisibility –  iconic in pop culture.


What’s your all-time favourite Bond car? Let us know in the comments below: