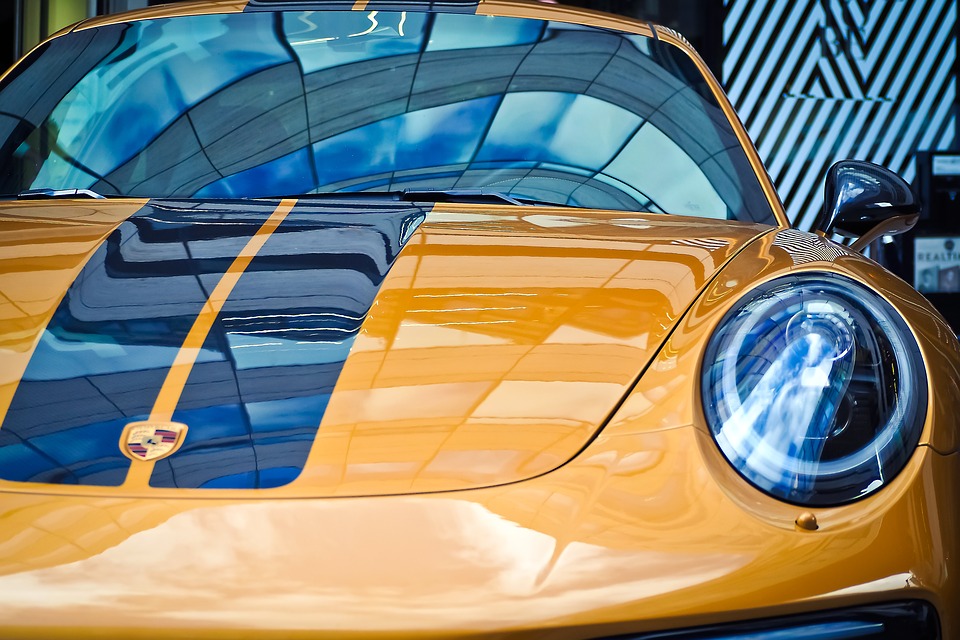 This decade has been a fantastic one for cars. In recent years, we’ve seen vehicle manufacturers begin to integrate digital and electric technology in game-changing ways. While watching this transformation has been exciting, it’s certain that the best is yet to come, as we look towards 2020 and a new decade where manufacturers will build on the foundations laid in recent years.


That means we’ll see iconic vehicles upgraded for the digital era, and old classics given a new twist by going electric. Completely new cars will also make an appearance – and it’s all going to start next year. Here's a look now at 5 of the best cars coming in 2020.


Every time a new Porsche is announced, the big question is always ‘what's under the hood?’
The vehicle's classic design means its outward appearance changes little from one release to the next. But there’s always a quiet revolution underway in Porsche factories between vehicles, and the Turbo S is confirmation of an exciting new chapter being written.


Details are still coming to light about this release, but it's presently understood it will possess a twin-turbocharged flat-six engine. It’s also predicted this ride will deliver more than 600HP, with all-wheel drive that will be standard in all new Porsche models, and the manufacturer's 8-speed Doppelkupplung (AKA PDK). It's a ride that is sure to be a driver’s delight every time the engine starts.


As is always the case when a new James Bond film arrives on scene, 2020 is set to be a terrific year for Aston Martin. While the world’s greatest secret agent will be racing around the world in No Time to Die, Aston Martin will be releasing the Rapide E, the first all-electric Aston Martin.


Right now it's unknown if Bond will drive the Rapide E in No Time To Die – given four Aston Martins have already been confirmed to feature – but it’s certainly among the most exciting autos this great manufacturer has debuted in recent years. If not 007, perhaps this car will be driven by the always-exciting Bond villain and take its place among the series’ many classic cars.


For many years now, the MINI Cooper has held a special place in the car universe as a small-but-sporty vehicle that drives like the world’s best go-kart. Over the years, its popularity has been enhanced by its starring role in films like The Italian Job and the TV series Mr. Bean.


It will always be a classic, but this new MINI is really taking it up a gear as we head towards 2020. Going electric with an engine that will produce 181HP and can go 0-60km/h in 3.9 seconds, MINI has also promised this car will be extra-swift on acceleration, guaranteeing a fun new era for all who see them as the perfect vehicle for racing competitions.


Alongside the MINI, this FIAT’s entry into the electric market signals a new trend underway – one where the pioneering efforts of vehicles like the Toyota Prius are being complemented by classic vehicles getting a new lease on life with electric engines.


Until now, many classic car fans have struggled between their desire to go green, and keeping the keys to a car they’ve built a deep connection with. With the 500 EV’s upcoming release, it’s the best of both worlds for FIAT fans. For many years, the FIAT 500 has been overlooked in Australia; now that it’s going electric, this fantastic ride may finally get the acclaim it deserves.


It's easy to get excited about a new Tesla. This manufacturer arrived on scene in recent years and confirmed that electric cars are not only here to stay, but are darn cool, too. This is why the Roadster is so hotly anticipated. While Tesla certainly knows how to market their vehicles with style, indications so far suggest they’ve actually been underselling the potential of this auto.


As an all-electric vehicle with a top speed of 400km/h, Tesla claims this will be the quickest car in the world. While car fans are surely excited about its potential to go 0-100km/h in just 2.1 seconds, its 1000km range between charges is also something sure to entice motorists who’ve been tempted to buy an electric vehicle but are worried range might be an issue. This Tesla is sure to lead the pack in the coming decade.


In addition to the 5 vehicles listed above, there’s also this special auto, the Chevy Corvette C8. The Corvette has a rich history in the world of cars – and like any vehicle with such endurance, it's had ups and downs in popularity over the years, but overall enjoyed ongoing success due to Chevrolet’s ability to innovate across the decades.


Now Chevy is set to do it again, with the Corvette C8 shifting the engine from front to mid-placement on the car – and there are plenty of other nifty inclusions that all but guarantee this car will be a winner. It's set to be available in the U.S. by 2020, with a local release hopefully soon after.


Recent years have seen very strong Aussie car sales, with the nation selling 1.187 million vehicles in 2017 and 1.153 million in 2018. The Aussie appetite for new cars is clear, and the vehicles listed here are not only imminent releases, but a window into the future.


In the next decade, there will be a greater intersection than ever before between digital devices, electric power, and the traditional car as we know it.  At their core, these vehicles also show the growing confidence of manufacturers in redesigning classic cars consumers love to meet the demands of the modern era. There’s never been a more exciting time in the world of cars.


What other cars are you looking forward to being released in 2020? Let us know in the comments below: