The 5 Most Iconic Movie Cars 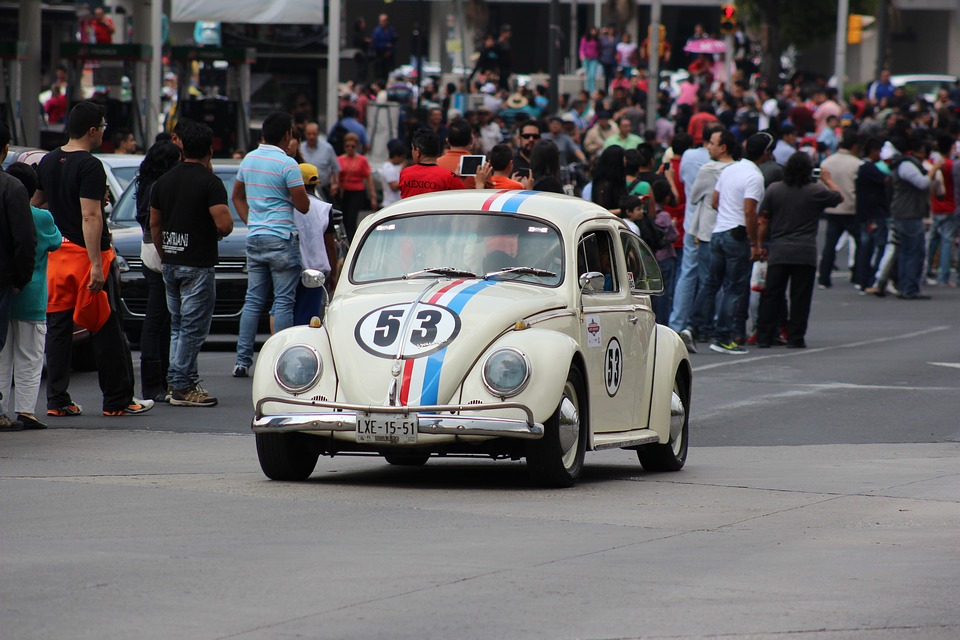 Hollywood blockbusters and iconic cars have always gone hand in hand, representing a timeless cool. And a great film combined with a memorable car can ensure both will come to occupy a special place in pop culture.


There’s no better way to showcase a car's raw power, futuristic design, or amazing driving mechanics than on the big screen. It’s no surprise, then, that the following 5 cars have a permanent place in the hearts and minds of car fans around the world.

The special status of this car is owed in part to its connection to its driver. While Steve McQueen was a certified movie star by every measure – at one time, he was the highest-paid actor in the world – he was also a committed racer. Although some of today’s action stars may hop in a car or swing their leg over a motorbike to bump up their tough-guy cred, McQueen’s racing passion was the real deal. Ironically, the biggest limitation on his ability to race was often the refusal of insurers and other film backers to let their top star risk life and limb.


But that’s why Bullitt is a special film. Who could forget the unforgettable chase that saw McQueen as cop Frank Bullitt tearing around San Francisco chasing down henchmen? This Mustang's history only adds to its allure – only two of the vehicles were used in the film, and one was destroyed beyond repair. The other one was hidden out of sight for many years, as even McQueen himself couldn’t convince the owner to part with it.

2. DeLorean DMC-12 in Back to the Future


It’s impossible to imagine Back to the Future today without the technology that's at the centre of its story. Sure, we may not have hoverboards on our streets, but the DeLorean’s emergence on scene gave it the rare distinction of being both a futuristic vehicle and an instant classic. For Doc and Marty McFly, the DeLorean was the time travel machine of their dreams.


While the actual history behind this vehicle and its production is closer to a tragedy than a triumph, it nevertheless remains one of the most iconic cars of the 1980s. For capturing the imagination of car fans and cinema goers who’d never seen anything like it, it occupies a special place in Hollywood history.

3. Mini Cooper in The Italian Job


The Mini was essential to this film in every way – not only in terms of its importance to the plot, but also in terms of the sheer logistics required to film the chase scenes. While other cars certainly have their place in Hollywood lore, no other vehicle could’ve taken those tight corners through Italian streets and alleyways like the Mini.


The Mini also proved that the world of iconic cars had plenty of room for a compact commuter vehicle. For instance, the beloved British TV series Mr. Bean contributed to the quirky culture that surrounds the Mini and its fans. Yet for anyone looking to understand the love for this little pacer, it all starts with The Italian Job.

4. Herbie in The Love Bug


This vehicle helped cement the Volkswagen's status as an icon of the 1960s. By featuring in a timeless family film where a Volkswagen Beetle could talk and communicate with race driver Jim Douglas, Herbie embodied that special bond that can exist between a driver and their vehicle – even if the rest of us own vehicles that don’t talk back.


Herbie also ensured that our love of watching fun cars on the big screen would filter down to the youngest generation of filmgoers. So impactful was the film and its star vehicle that it spawned four sequels, and even a remake in 2005. While the jury's still out on whether that remake should have occurred, everyone can agree the original remains a must-watch for anyone looking to understand the love for Beetles.


A look at the world’s greatest car films can sometimes leave you thinking the best days of great car chases on film are behind us. The power of CGI has in fact led many producers to replace a classic car chase scene with some dramatic special effects. There’s also the intimidation factor – given that so many iconic chases are already on film, few directors want to risk bringing a boring one into existence.


There’s no question, though, that great creatives and innovators can still deliver up something fresh. The fantastic opening chase of Baby Driver is proof positive of this, with lead character Baby serving as the getaway driver for a heist. The WRX already occupies a special place in car history given its rally pedigree. Baby Driver’s contribution took it to a new level, and treated a whole new generation of film goers to a car chase scene that belongs in the top tier of classics.

There's a place on every iconic movie cars list for James Bond vehicles – in fact, it would be hard to choose just one. It's a testament to the strength of the franchise that there have been so many amazing vehicles in these legendary films.


The cars are undoubtedly part of the reason why the James Bond series has grossed over $7 billion globally to date. But even though many of the Bond cars are gone from the silver screen, rest assured they haven't been forgotten.


These vehicles and films are iconic. Each of them have injected into pop culture special examples of automobiles that capture our attention and hold it forever. Countless young moviegoers and future drivers have dreamed of one day owning a particular vehicle while watching it on the big screen.


Yet, these cars are still special even for those who never seek to own one. Within each movie is a brief moment where the car takes top billing alongside the star of the film. So even if you never drive a Mustang like Steve or a Subaru like Baby, you’ll be sure to feel a connection to their vehicles every time you watch a Hollywood classic.


What other cars do you think are the most iconic in movies? Let us know in the comments below: