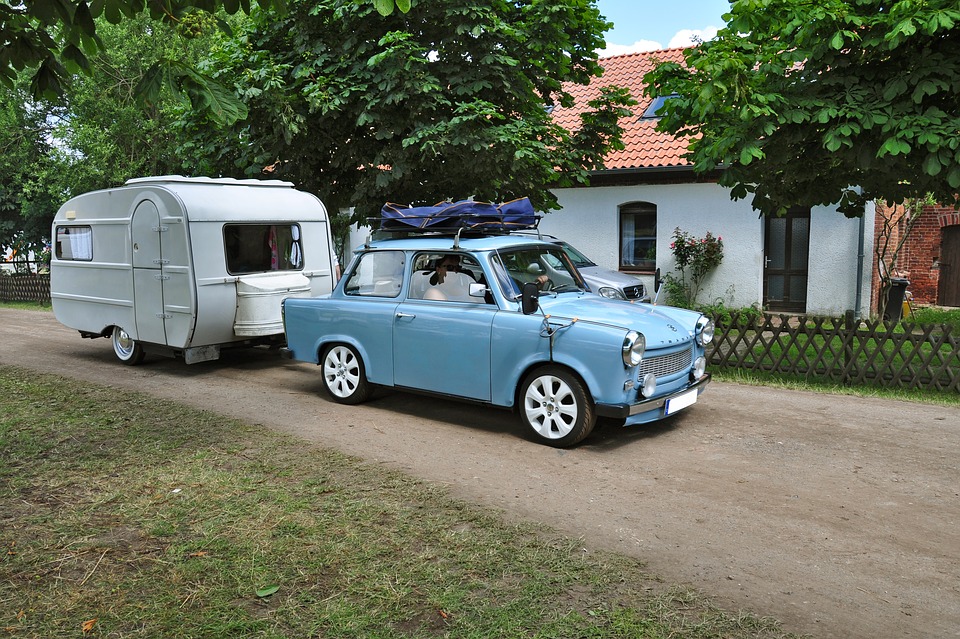 Australia is a massive continent with a relatively small population. We’re a young and growing nation, but because of the rich diversity across the Great Southern Land, there’s no shortage of fantastic destinations to visit – especially if you enjoy caravanning. And many of these destinations still remain relatively unknown.


But although these 5 destinations may be spots less-travelled, each and every one of them is well worth exploring for yourself. So read on and be sure to take notes on some new caravan destinations you can visit as you plan your next road trip.


New South Wales is rightfully famous for so much of what it holds on its eastern shores. It was on the East Coast that European settlement first occurred in Sydney, and the city and its surrounds play host to many of Australia’s most iconic beaches that have become world-famous.


But Sturt National Park offers something really unique. The far northwest corner of NSW may be less frequently visited by travellers than the east side of the state, but it holds rich beauty as the blue waters of the east are replaced by the red sands of the desert.


Although the park itself is relatively well known, there's one particular spot for great camping that's far more mysterious. By hopping on what locals love to call the 'Jump Loop' just outside of Tibooburra, you can find incredible views from the top of the Grey Range. And if you find yourself in need of a dedicated campground? Stop at Olive Downs not far down the road.


Just as New South Wales has a famous coastline, so too is South Australia recognised locally and globally for its beautiful shores. But while the Eastern seaboard is well trodden, far fewer travellers know to take the Troubridge Scenic Drive. But that’s part of what makes a trip through here with your caravan so magical.


With kilometre after kilometre of gorgeous and rugged untouched coastline, this trip is a great way to see first-hand what Australia’s wilderness is all about – a land that is rich and beautiful, but also wild and untamed. Travelling through with your caravan lets you pick the perfect spot along the way to stop for an afternoon or evening and take in the state’s raw beauty.


Australia’s biggest state offers many well-known spots for anyone looking to get away from it all. Though many Aussies have made the national pilgrimage to Alice Springs and seen the red sands of desert stretch as far as the eye can see, far fewer have ever seen the desert meet the coast. And here in the remote reaches of Western Australia’s Cape Range National Park is some of Australia’s most beautiful scenery, as the desert meets the Indian Ocean.

4. Johanna Beach along the Great Ocean Road in Victoria


But for those lucky enough to have discovered it, it offers an amazing camping spot. If you love sleeping under the stars among lush green hills with booming waves as your backdrop, this is the perfect spot for you.


A strong case can be made by Aussies in the Apple Isle that Tasmania is Australia’s greatest state for camping. The mainland has no shortage of truly wonderful spots, but as the only state that is separate from it – and with around 40% of Tasmania’s land mass having some classification as an environmental reserve – this is the perfect place to visit for anyone who really wants to connect with nature in its purest form.


Tasmania has a number of outstanding caravan spots, but a trip through the Narawntapu National Park surely needs to be at the top of the list. At the north end of the island, and a short drive from Launceston – or Devonport if you arrive via the Spirit of Tasmania – this park offers stunning sands and turquoise waters. And setting up a caravan here will give you a chance to spot some of Australia’s most iconic animals, from Tasmanian devils to Forester kangaroos, Bennett’s wallabies, and more.

A secret of your own


So many of Australia’s greatest sights and attractions were found by accident, or through a little vagabonding by travellers. It’s always been this way, and it's part of what makes a caravan trip through Australia so unique. So remember, you could turn a great trip into an unforgettable one if you find a favourite caravan spot of your own while travelling.


It’s important to keep in mind some good driver safety – exploring is great, but it’s best done near populated towns and roads, not the middle of the Outback – but many of Australia’s greatest caravan and camping spots are unknown to most, even in this day and age of social media. In addition to doing a little exploring, don’t be afraid to ask a local if there’s a special site they love.

The fun of the open road


Australia is one of the greatest places on Earth to do a road trip. You can see beaches, deserts, snowy mountains, and lush rainforests all on the same continent. Whether it’s a short road trip to a destination in your home state, or a cross-country trek, when you’ve got a caravan, you’ve got the flexibility to experience everything the open road has to offer. So be sure to enjoy your time on the road with your caravan in tow.


What other little-known caravan destinations in Australia do you like? Let us know in the comments below: