Are Airless Tyres The Way Of The Future 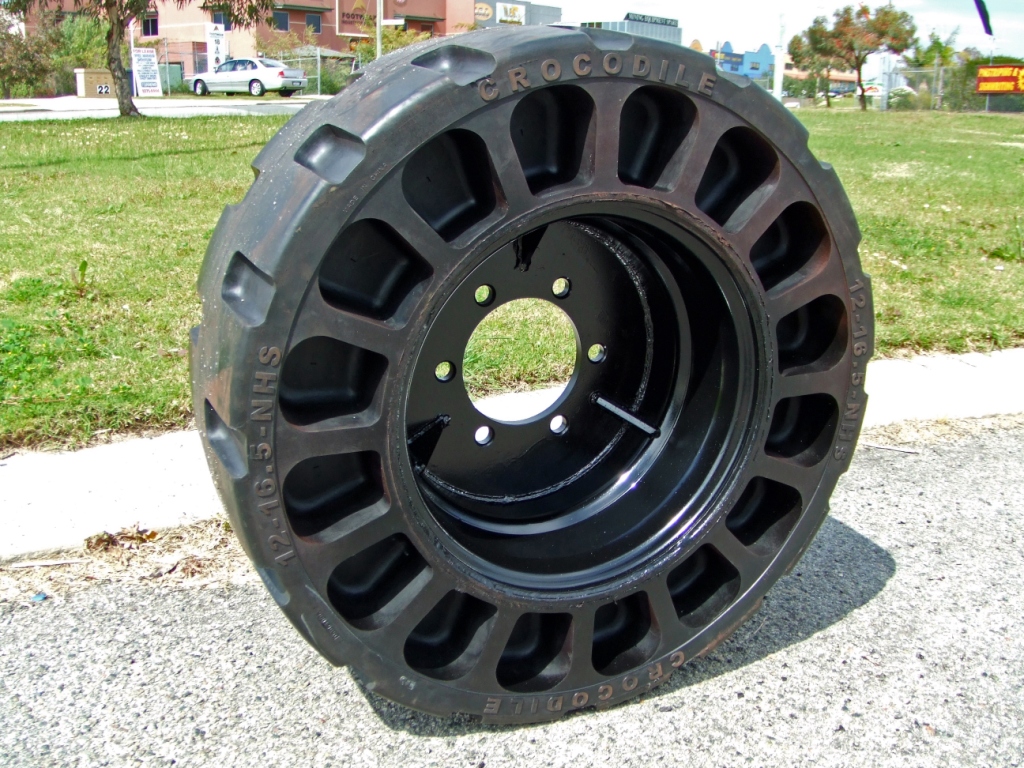 When it comes to the latest and greatest auto technology, most of us think of things like increased petrol economy or new technology inside the car, such as computers and onboard navigation systems. And while these areas are seeing quite a lot of attention, there are other innovations true car aficionados will want to pay attention to.


One of the most exciting - and, possibly, game-changing - things on the horizon is airless tyre technology. Given the distinct advantages this new technology has to offer, it’s no surprise that we’ll likely be seeing them all over the place in the not-so-distant future.


First and foremost, if you want to see a new idea take off, you’ll want to see that idea backed by larger and more well-established corporations with plenty of money and R&D teams. And since Michelin - the commercial leader involved in airless tyres - is a well-respected name, you can see that this technology is being taken seriously by more than just research teams at small companies.


Yes, Michelin recently introduced the Premier A/S Evergrip tyre, an airless tyre designed for passenger vehicles. According to the company’s promotional literature, drivers with these tyres will enjoy better traction in wet conditions, even as the tread wears down. But while the tyres sound impressive, Michelin still has some work to do. Consumer Reports tested the Evergrip tyre  and suggested that it sacrificed some stopping power on dry pavements, though it did perform better on wet surfaces.


Since the price is competitive, this tyre is likely to gain some traction in the competitive market, as it’s offered at a cost that’s nearly the same as non-Evergrip tyres. But Michelin isn’t the only game in town. Other manufacturers, including Hankook and Bridgestone, are getting into the game as well. Suffice to say, it’s clear that there’s a serious need for airless tyres, and that the big names are jumping in head first.


Airless Tyres Around the World


Despite their slow entry to the consumer market, airless tyres currently in use all over the world. While you may not know it or realise it, you’ve probably have seen plenty of vehicles with these tyres, including construction and off-road vehicles like golf carts, lawn mowers and even backhoes. Since they’re usually well-liked and well-received in these applications, and since they perform well under a variety of condition, there’s already a precedent for their usage.


Airless tyres aren’t some future concept; they’re already considered to be safe and popular all over the world - just not on commuter vehicles. Thanks to the companies listed above, though, they’ll soon be enjoyed by average consumers who just want a safe, reliable and inexpensive tyre that works in all conditions.


The Environmental Impact of Airless Tyres


Of course, the first and foremost benefit of airless tyres is that they can’t go flat, which means no more pulling over to the side of the road and worrying about changing a flat in the rain.


But another reason to get excited about a future with airless tyres is that they’re better for the environment. As far as environmental concerns go, you’ll be happy to know that up to 95 per cent of an airless tyre is recyclable.  And, according to Michelin, its airless tyre can last up to three times longer than traditional air-filled tyres. All in all, it’s clear that the positive changes Michelin and other companies are making will benefit both the car industry and the environment.


The Future of Airless Tyres


When looking at new technology and ideas, it’s easy to be sceptical - especially when you hear about companies making lofty, nearly-impossible promises. Other times, when only smaller companies get in the mix, the prices stay too high, making it hard for consumers to see any real changes. The entry of other major companies makes it more likely that we’ll see good competition and lower prices when it comes to airless tyres.


In fact, Michelin is so devoted to this new technology that the company opened a new plant in the U.S. state of South Carolina to produce airless tyres for commercial and agricultural vehicles. In the long run, this will mean lower prices for all as the company expands into cost-effective airless tyres for passenger vehicles. Simply put, when others get involved, and when more and more people start buying airless tyres, the prices will come down, making the technology more viable in the long run.


Certainly, there are plenty of people who don’t like change because they want to enjoy their current comforts and avoid any potential downsides. And if you look at the history of airless tyres, you’ll see that there’s reason to be concerned, as they haven’t always offered the smoothest ride. But the times are changing quickly, with Hankook claiming that its version of the airless tyre will lower fuel consumption, while also increasing rider comfort.


Michelin’s current concept - the “Tweel,” which includes a combination of both the wheel (rim) and the tyre - is reported as having handling, shock absorbing and load-carrying characteristics that are virtually the same as air-filled tyres. And while they’re a little behind the game when compared to Michelin, Bridgestone is working on an air-free concept tyre that should offer plenty of competition to the others. Though the company isn’t as forthcoming with their plans, it’s promising to see that others are interested in this particular technology.

To be fair, no tyre manufacturer has successfully brought an airless tyre to market yet. But if you like new technology, you should be excited, as airless tyres may just be the future of the industry. Not only do they offer multiple advantages - both financially and otherwise - but the concept has plenty of backing from several well-regarded names.


As the technology improves, airless tyres may become a common sight on cars, trucks, SUVs and even vans.  Since they offer so much more in terms of cost-effectiveness, safety, and environmental benefits, it’s only a matter of time before airless tyre technology takes off.