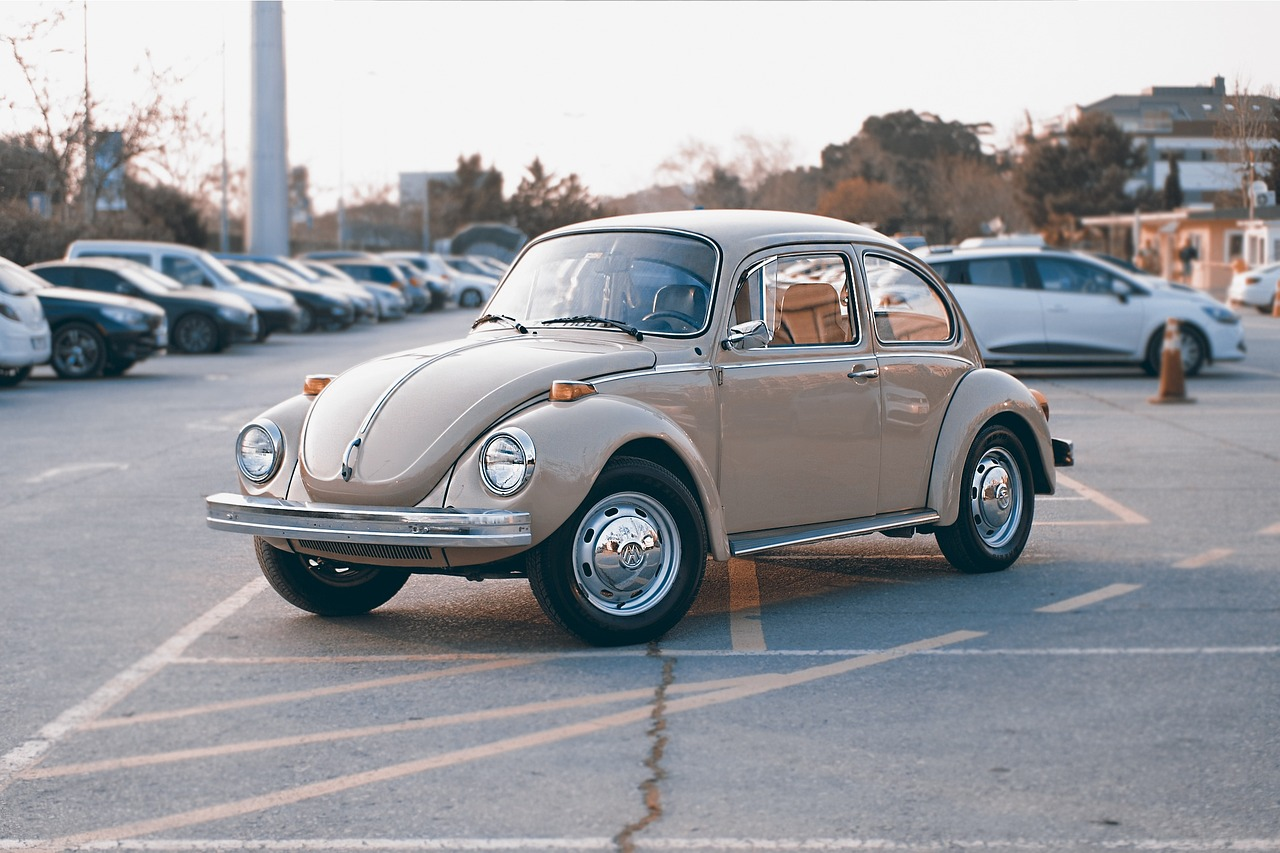 Buying a classic car is something that thousands of Aussies dream of. And many do achieve it, but many others needlessly delay their dream. While purchasing any car is always a big financial decision, it can be easy to misunderstand the market price of many classic cars out there.


Of course, there are classic cars that cost millions of dollars — but there are also many that are far less expensive. Fantastic rides that were released to great fanfare in their era but have since driven into a quiet part of car history. These vehicles are beautiful, driveable, unquestionably cool — and they’re affordable. Here are 5 of the coolest classic cars available for under $50,000.


Few cars can evoke a particular vibe and era like a classic Beetle can. These vehicles were pop culture staples of the 1960s and the 1970s, and remain beloved today. These cars surely bring back some groovy memories for car fans who came of age in these decades, and the work of the very talented team behind its design shows that its global fame is no accident.


Many cars can take your breath away the first time you see them. The greatest classics will have this effect every time you lay eyes on them, and a 1982 Mercedes 380SL convertible is a true classic in this way. Launched at a time where Mercedes struck a brilliant balance between classical style and modern grunt, one can be yours today for around $40,000. A car you can happily amble along with on a Sunday drive, or get on the freeway to see just how raw and wonderful its 8 cylinder engine still sounds almost 40 years later.


The 1970s were also a remarkable time for another German car manufacturer, as BMW began its Art Car creations. Although a 1977 633CSi isn’t quite as rare as an Art Car, this model is still truly wonderful, with a timeless design and beautifully engineered 6 cylinder engine. And it's commonly for sale for under $25,000.


For many Aussie car fans with a keen sense of history, owning a locally-made Ford or Holden is now a firm goal on the bucket list. While it's unfortunate that the local factories for these manufacturers have fallen silent, the good news is there’s no shortage of terrific vehicles still out there, and all primed to deliver an amazing drive.


You can get a Calais of this vintage with low kilometres on the speedometer for around $10,000. One with a terrific V6 engine, a smooth automatic transmission, and an iconic link to the Aussie car history. If you’ve yet to own a Holden — and are not a die-hard Ford fan — then there’s never been a better time to make it happen.


Subaru is rallying royalty, and owning a WRX is a way to hold a special connection to that legendary history. It’s possible to acquire a WRX from the start of the last decade for around $30,000 and enjoy the thrill of a modern classic that drives like a dream.


The issue of ongoing expenses


With every car, there’s a difference between the purchase price and the cost of ongoing expenses. The initial outlay of a classic vehicle can be very small, but it’s important to keep in mind that the cost of their upkeep can be higher than contemporary vehicles — and potentially very expensive. This said, because older cars tended to have far simpler constructions, if the fundamental components of your classic are sound, you can be optimistic. After all, if you find a car that’s been running on the road since the 1970s and is being sold without any issue, it’s reasonable to think that it’ll carry on with you for at least another few years.


The other aspect to consider is the lack of amenities common in newer cars. You may like the look of a 1970s or 1980s vehicle, but are you ready to change out a mobile phone charger for the old cigarette lighter? Little challenges like this may test you, but it’s also no secret many gearheads find modern cars feel a bit too easy and smooth. In some vehicles, driving can feel more like you’re playing a driving game at a local arcade instead of powering an engine on a real road. If you’ve felt this frustration, it’s safe to say you’ll have no such issue when you get behind the wheel of a classic car and love the pure old school experience every time you turn over the key.


Profiting from the past


Between 2008 and 2018, the world of classic cars has seen a 467% increase in values.
Of course, this doesn't mean that every classic car is set to enjoy such an increase in years ahead, but it shows a very strong run of growth. It could mean that if an Aussie buys the right classic car, it’ll not only hold its value for many years to come but in fact see that value rise.


Called to a classic


Owning a classic car can come with some extra headaches now and then, but ownership of one can give you a ton of great experiences along the way — from the smile it puts on your dial every time you get into your car each day, to your ability to participate in classic car club events and rides. So if you’re planning on buying your next car soon and have never had a classic, one of these vehicles could be the perfect way to start down the road at an affordable price.

What other classic cars do you know of available for under $50,000?