Can Scrap Tyres Be Used For Energy 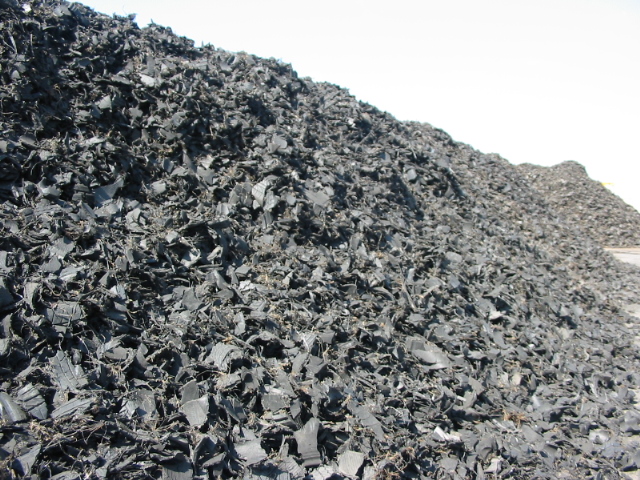 When it comes to different energy sources, we can’t rely on burning fossil fuels forever. But depending on geographic and environmental factors, it’s not always possible to use alternative energy sources, such as solar and wind farms. With these challenges in mind, many different companies out there are coming up with unique ways to clean the environment and generate cheap - or even free - energy. In particular, one innovative energy company is trying its hand using scrap tyres to make energy.


To understand why it’s wise to recycle tyres, we first need to look at the scope of the problem. In many places, people illegally dump their tyres in the middle of river or lakes, or even on the side of the road. And while governments do their best to catch people in the act and ticket them, most governments don’t have the time or money to chase down every lead and capture every bad guy.


But when people aren’t caught, the problem continues. Not only is tyre pollution unsightly, the natural wildlife balance is thrown off as well, at a great cost to all of us. Sadly, this isn’t just a short-term problem that affects only for a few select people and regions. All over the planet, fish are dying, water is getting more polluted, and natural ecosystems are being destroyed, and discarded tyres are partially to blame. In Australia, only 13 per cent of all tyres are being recycled after they’re used - and this has to get better.


Oddly enough, in some ways, governments have created this problem by imposing fees on tyre buyers. When you purchase tyres, you pay a disposal tax that - theoretically - goes to paying for their proper disposal at the end of their life span. Unfortunately, some tyre shop owners try to skirt the tax and dump the tyres illegally. Other times, “weekend mechanics” will change their tyres and toss the old ones in a river or other natural habitat.


To get around this, many people simply leave tyres lying around their yards - or, in the best cases, recycle them personally into something interesting, like a sculpture or bench. And while this is a cool solution on the small scale, it isn’t enough to handle the enormity of the problem. That’s why it’s so important for governments and companies to tackle the problem together.


The problem of improper tyre disposal has been boiling for a few years now, and it isn’t getting any better. That’s where Forward Energy comes in. Not only will the company clean up the land in the long run by getting rid of excess tyres, it will provide energy and products like carbon black and printer ink to business and residents in its area. Given that, right now, most of the world does an atrocious job of getting rid of tyres, this is a one-two knockout punch that holds significant potential for cleaning up the air and the natural surroundings.


If you think about the intersection of technology, innovation and environmental concerns, you likely think of areas like California or even Europe. However, Forward Energy can be found in a surprising location - in the middle of the U.S.’s steel belt, in Lawrence County, Ohio. If the company’s plan is approved, it’ll do everything in its power to convert tyres into usable, clean and cheap energy, operating out of an old Dow Chemical manufacturing plant site.


As with anything related to the environment or government regulations, Forward Energy knows there are going to be roadblocks, and that it may take some time to make the company’s vision a reality.  But according to Ohio developer Ralph Kline, the company hopes to secure a $400,000 grant to offset the $1.5 million dollar startup costs to get the plant up-and-running. It shouldn’t be a hard sell, as the plant will create 18 well-paying jobs that’ll increase the area’s tax base


Further, truck drivers, train engineers, and barge operators are expected to benefit as tyres are brought in from other regions. Since the company wants to convert around two million tyres a year into energy and other products, it’s clear that this will have a huge impact on the local and state environment, and will keep people working for a long time.


Again, while it’s easy to sell this idea on the company’s economic and environmental impact, people will likely still have fears, as not everyone knows how it works or how it exactly benefits the local population. Fortunately, Forward Energy has answers to their questions; in particular, the fact that the company’s system uses all enclosed technology. As a result, there will be zero air emissions, which should help convince local and county zoning boards to give the project the go ahead.


While this isn’t necessarily the only way to recycle used tyres, it’s a promising start. If successful, Forward Energy stands to make a lot of money, which could encourage others to take similar initiatives that transform a difficult situation into something good. In the end, this is a great first step that’ll go a long way towards making the planet better for everyone.