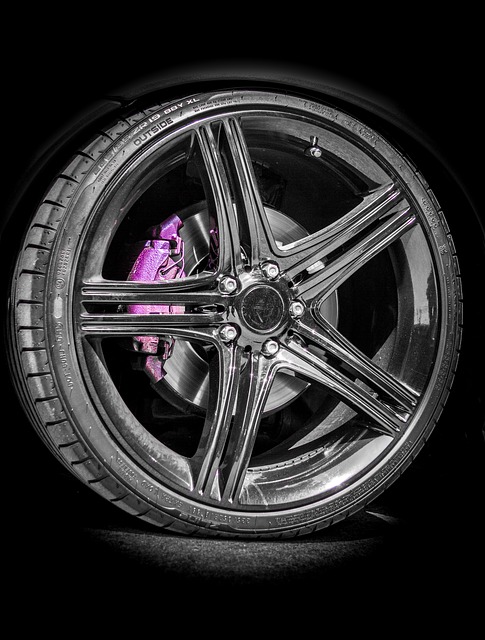 If you’re a child of the 80’s, you saw Blade Runner or Tron; if you grew up in the 90’s, you played F-Zero X or Wipeout video games; and throughout them all, you saw futuristic-looking vehicles while wondering, “How long until we see these for real?” Well, when it comes to futuristic tyres, the current R&D work being done in this area is very exciting.

First, a little bit of backstory as to how we got to this point...

We’re currently seeing huge and rapid advances in technology across many industries. This is particularly true with cars and the auto industry at large. While the electric car was once touted as a pipe dream, the rise of Tesla, Toyota’s Prius, and other vehicles has made electric power a feature of daily driving.


With so many more changes in the works, it’s fun to wonder what innovations and improvements we’ll see in the near future. This is especially true of tyres, which are prime candidates for the next piece of car technology to a take a big step forward.

A look back at tyre history


When considering what tyres will be like in 100 years, it’s important to recognise how far technology has already come in order to understand where it’s going.


Given that it was just in 1908 that Henry Ford put the Model T (the first car designed to be accessible to the masses and which revolutionised the auto industry) on American roads, tyres have already undergone some immense and profound advances. While purists may, understandably, look at a pre-1940’s car and admire its classical style, anyone who’s driven in one will recognise that it’s a bumpy ride. In the absence of the mass-manufactured synthetic rubber varieties that emerged to accompany the family station wagon in the 50’s and 60’s, some early tyres were closer to bicycle and horse buggy wheels than anything else.

While from the 60’s and onwards tyres have seen an array of improvements across the board – with the radial tyre’s improved cross-stitching design amongst the most notable upgrades – many are looking with excitement to what the future holds for the humble tyre. What exact shape this will take is not yet clear, though there are a few prominent designs that are being discussed with great enthusiasm. Let’s take a look at a few of them...

Changing tyres with the terrain and environment is just a part of life for many people. While driving may be a passion, the reality is that changing tyres to suit your surroundings can be a challenge.

When you’re driving in a rural area, you switch to an off-road tyre; when winter comes around, you get the snow chains out of the garage (and then take them off when morning sunshine proves the weatherman wrong).


That’s why the invention of a truly ‘all purpose’ tyre will be welcome news to so many. In pursuing this vision, tyre makers like Hankook have even held competitions at universities with the hope of generating new ideas about how to create a tyre for the century ahead – one that will change and adapt to the terrain and climate that surrounds it, rather than require costly, regular replacements.

Greater user interaction while behind the wheel

Hop into any car built within the last ten years, and you’ll see just how entwined electronics are becoming with the experience of driving. From straightforward information, such as how many kilometres you’ve driven, to the more complex data, such as the weather outside or your GPS positioning, you can easily see the kind of impact computers have on your drive.


Yet, when it comes to tyres, there’s currently very little information available to you when driving. This could soon change. In the next 100 years, it’s very likely that drivers will see information concerning their tyres’ temperature, or even a gentle notification that they braked too hard at that last turn, all provided in real-time during their commute.

Smart tyre protection as you drive

Currently, there’s a limited amount of warning you can expect to receive if your tyres sustain damage. Most motorists can recall the consistent thud that indicates a tyre has gone flat, so imagine how useful it would be if your tyres were able to protect themselves from damage as you drove along.


Suppose your front-bumper camera (yes, in 100 years time, that too will be a thing) notices there is some glass or other dangerous material just up the road. With smart tyre technology, your wheels could automatically deploy a wheel cover that would ensure your car can safely drive through the rough patch of road without your tyres sustaining any damage.


Even more welcome, however, is the idea your tyres could one day help bring these costs down further. It sounds like a fantasy that the power generated by your tyres as your car moves could one day be stored, saved, and ultimately fed back into your car as energy to power your vehicle on the road. But while the idea may seem radical at first, the process is actually quite simple.


Similar to how a water wheel or wind turbine can create energy by rotating, we can likely look forward to the car of tomorrow having tyres that generate power while in motion. Given the simplicity of the concept, you may be asking “Why hasn’t this happened sooner?” Well, while the theory is simple, the logistics are complex. Tyre wear, the storage of the energy, and even the weight of the car on the wheels all complicate progress.


Nonetheless, it seems very likely that these tyres will make it to market well before 2116.

What other features would you love to see on car tyres 100 years into the future? Share your biggest ideas on the future of this automotive staple by leaving a comment below: