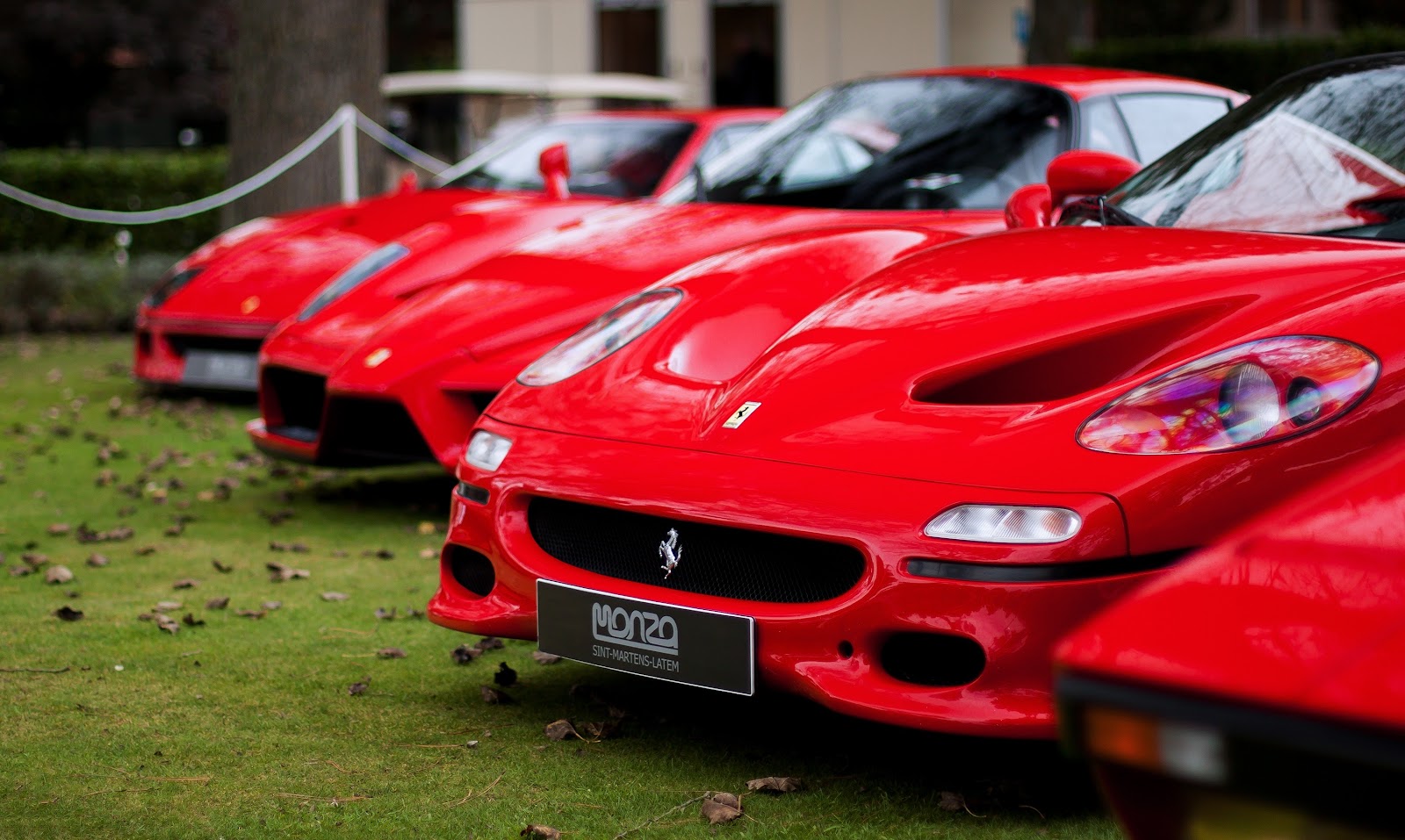 When you are lucky enough to have a car collection, it can be hard to pick a favourite.

Each car has its own history, identity, and unique quirks. This ultimately can drive collectors to keep seeking out more and more vehicles. For those of us still working on building up an enviable garage, these picks from great collections around the world will inspire you to fill your dream car list.


For over 30 years, David Letterman was a fixture of the late-night talk show scene in the U.S. While Letterman was surely kicking goals on TV, he was also quietly assembling an outstanding car collection behind the scenes.


It's surely a difficult task to pick a favourite when you own multiple Ferraris, but Letterman’s 1974 Ferrari Daytona must be the very best of a fantastic collection. Named to commemorate Ferrari’s famed 1-2-3 finish at the 24 Hours of Daytona, this vehicle is a tribute to a legendary on-track feat. With its sleek contours and brutish power, it's also outstanding on the street.

Alongside David Letterman, Jay Leno also hosted a late-night show for many years. Fitting for comedic rivals, the greatest car in Leno’s garage is his 1969 Lamborghini Miura. While Lamborghini was originally born out of a dispute between its founder, Ferruccio Lamborghini, and Ferrari founder Enzo Ferrari in the early 1960s, the years since have seen this Italian supercar maker come into its own. This 1969 model confirmed there was definitely a new kid on the block, going 0-100 kms in 4.5 seconds, and featuring a top speed of 285 km overall.


There is a bit of a theme developing with this list, isn’t there? If you didn’t know any better, you’d think all famous comedians have a classic car collection. The research on that is not yet in, but Jerry Seinfeld certainly reinforced the connection with his Comedians in Cars Getting Coffee series.

With over a dozen Porsches alone, it’s not easy to pick the greatest car in Seinfeld’s collection. Undoubtedly though, it must be the 959. A rare car originally designed for Rally Group B - before that division was eliminated - it went on to win the Dakar Rally, and for a time was the fastest street-legal car in existence.

Often regarded as a key inspiration for Robert Downey Jr.’s modern take on Ironman, Elon Musk has made waves in the world of pop culture thanks to his work with Tesla and SpaceX. If his working with electric cars and rockets every day left you in any doubt, Musk’s car collection shows he is indeed a geek at heart.


Having acquired the Lotus Esprit car famously used by Roger Moore’s James Bond in The Spy Who Loved Me, observers have dreamed this might just mean Musk plans to work on a real-life submarine car. No word yet from above the sea - or below it - on these plans, but in the meantime, Musk has an iconic car in his garage.


When you think of Aston Martin and a famous British icon, you know who we’re talking about.

The class, the glamour, the raw power. No, it’s not James Bond; it’s Rowan Atkinson.


It’s often a surprise to many that the man behind the goofy character of Mr. Bean is a real-life car guru. He owns a beautiful Aston Martin V8 Zagato, which he also races. This vehicle might not be Mr. Bean’s Mini Minor, but it sure is special nonetheless.


The current Formula One World Champion has access to a wide variety of cars. Yet, beyond the Silver Arrows, Hamilton also has a beautiful Shelby Gt500 in his collection. Sure, he may not be able to admit in public it's his favourite, but we all know what he picks first for a Sunday drive, right?


This famous fashion designer has also assembled a fantastic catalogue of cars. The greatest among them? Surely it’s the 1955 Mercedes-Benz 300SL Gullwing. A beautifully sleek vehicle with the famous upward-swing doors, this car is a product of its time that remains timeless today - a true classic in every sense of the word.


Doesn't ask us to admit it when the rugby’s on, but Australia and New Zealand have a big friendship off the field. That’s why so many Aussies today continue to love the story of Bruce McLaren, who won a Formula One World Championship while starting out building his own cars.


While every car on this list is special, the owners who are also creators will always have a special spot. The story goes that Bruce and his father Les bought this car, then modified it heavily to make it race-ready. McLaren’s 1929 Austin 7 may not be seen darting around the

Formula One tracks today almost 100 years later, but it retains an eternal place in racing history.


Speaking of great car creators in our neighbourhood, V8 Supercar driver Craig Lowndes has made his own outstanding contribution to the world of cars. This great Australian driver teamed up with Holden to design his own sports car.


While true that it remains a cheeky secret that Craig’s first car was in fact a Ford, certainly his contributions to Holden since have ensured his place in V8 history. In addition, the Craig Lowndes special edition Commodore will remain the finest auto in this racer’s collection.


Everybody modifies their car in some way, from the replacement of an engine to the more humble addition of a cup holder or stereo system. Canadian DJ Deadmau5 (real name Joel Thomas Zimmerman) decided to undertake his own modifications with his Ferrari 458.


While the car ultimately won him some heavy criticism from the car’s manufacturer, it’s certainly unmissable if spotted in your local Woolies carpark. Not only is Deadmau5's ‘Purrari’ the greatest car in his collection, it also kicked off debate surrounding car modifications. Like it or loathe it, either way this vehicle has a unique, if controversial, place in car history.

All that matters is the car


It’s wonderful to have a great car collection. With luxury car sales having grown 11% in 2016, many Aussies are now seeking to put good money into legendary cars.


Yet, ultimately what matters most is enjoying your driving. We’ve seen so much progress in the auto world in recent years and decades. Every late model car has a smooth transmission, power steering, and great safety. By all means set your sights on a Ferrari if you want to buy one, but in the meantime, be sure to enjoy the great driving found in an economical car while you’re saving.

What other cars from great collections do you like? Let us know in the comments below: