The 5 Coolest Cars From the 2018 Geneva Auto Show 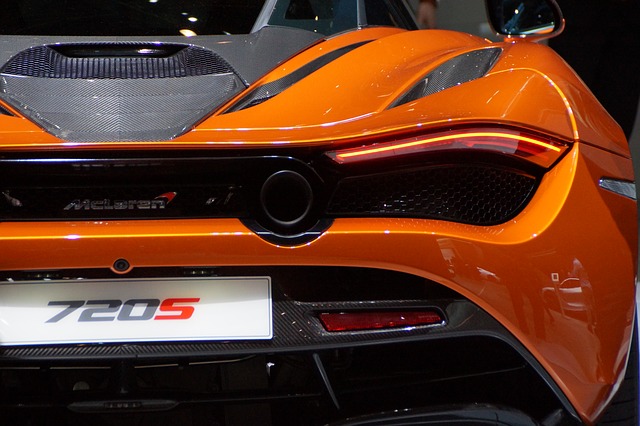 If there’s one downside to living in the online era, it’s the loss of a little of life’s wonder and surprise.

And this phenomenon hasn’t bypassed the auto world, either; most manufacturers release all the details of their latest and greatest vehicles on their websites well in advance.

There’s nothing wrong with that, but it does spoil some of the excitement that used to build around avenues like car shows, where new and exciting models were set to debut. That’s why the Geneva Auto Show is still so special: it’s one of the biggest auto shows in the world, but there’s nothing routine and ordinary about it - it still generates plenty of excitement and surprise. Alongside mainstream automakers that bring their best to Geneva, many lesser-known brands use the show to introduce themselves to the world with some very unique - to downright odd - vehicles.

Here are 5 of the best from the show that delivered the ‘wow’ factor for car fans.

Sometimes, car enthusiasts just long for a vehicle that combines the best of all worlds. For example, what if you love a convertible but feel it won’t deliver a proper rush as you amble down a freeway unless it has a V-10 engine? Well, Lamborghini has heard the cries of car fans like you, and answered.

With a 602-hp, 5.2-litre V-10 engine, and a guarantee to turn heads whenever it roars, the Lamborghini Huracán Performante Spyder promises to be the perfect vehicle for a weekend cruise along the beach - or going 0-100 in 3.1 seconds at your local track day. An obscenely fast car that just oozes style, the Huracán was a huge draw in Geneva.

Ayrton Senna raced for numerous teams during his F1 career, but he’ll always be synonymous with McLaren and those three world championships. Despite other racers having won more championships, Senna is widely regarded as the finest driver to ever do so. So, given McLaren says this is the fastest car outside their F1 fleet, it’s a fitting tribute to his legacy.

Following the successful release of the street legal McLaren Senna - which is already sold out -  Geneva showcased another rare car that’s limited to just 75 customers.

The GTR boasts 814 hp generated by a twin-turbocharged 4.0-litre V-8 engine. And fittingly for a car of this kind, a racing gearbox and Pirelli tyres come standard.

This vehicle has been a long time coming, especially as it’s had stops and starts along the way. Ferrari is among the most famous manufacturers in the world, and it’s very protective of its brand. The Lancia Stratos built a legendary reputation in its own right during the 1970s. Now, seven years after Ferrari blocked a German millionaire from reviving the vehicle, it’ll now have a special debut.

This revival, combined with Ferrari’s manufacturing prowess, will deliver a real gem. The vehicle will feature the stylings of Pininfarina atop a Ferrari F430 Scuderia base, including a brutish V-8 engine and a nifty 542 hp to boot. Every car fan knows collaborations are rare and take time, but here’s a fantastic vehicle that proves good things come to those who wait.

For all the marketing we see for futuristic vehicles, oftentimes a new model just looks like a regular car with a minor add-on. The Lagonda Vision Concept is clearly the exception. Anyone who puts their eyes on this ride will recognise the cutting-edge, clean and minimalist design. As progressive as this design is, the arrival of this car is also a special part of history.

Aston Martin has owned the Lagonda name since 1947, but it’s often been overshadowed by its more famous parent brand. Now, with the debut of this concept vehicle, that’s set to change. With a sleek style that hides an incredible roomy interior (made possible by the lack of a traditional engine block), this is a vehicle every car fan will want to own. It’s also certain to drive plenty of debate about the next generation of autos.

When you think of the glamour of Geneva, certain luxury vehicles come to mind. In contrast, the concept FOMM 1.0 is unlikely to leave you breathless at first, as this vehicle is unapologetically practical. It’s not looking to win ‘oohs’ and ‘aahs’. But it will seek to make electric vehicles affordable and accessible in developing nations, and that’s definitely impressive.

It will also ignite interest in city dwellers, given its very narrow profile of just 51 inches from door to door. And even more intriguing, it can float and move on water. So, while it may not have the glamour and sharp contours of other vehicles, it rightfully has a place among the most important and unique vehicles on show.

So, who buys the vehicles seen at the show?

While Switzerland is the site of the Geneva Auto Show, do the people that live there actually buy any of the autos they see on display each year? Switzerland is recognised in Europe and around the world as a luxurious country, so it’s certainly a good bet as an ideal market in which to sell some of the world’s most expensive cars.

However, while the average Swiss worker may earn a fairly high wage, the country also has a high cost of living. Not only is housing 22% more expensive (on average) than in Australia, but a trusty Volkswagen Golf costs up to 37% more in Switzerland than it does Down Under.

Sure, like any country in the world, there are some who have cash to spare for a new Lamborghini or Porsche. But most Swiss actually see this brilliant show as a chance to look and admire - and then file away their dream car under ‘some day’. That’s something Swiss, Aussies, and all car fans around the globe have in common.

What other cars caught your eye from the 2018 Geneva Auto Show? Let us know in the comments below: