The Interesting History of The Car Horn 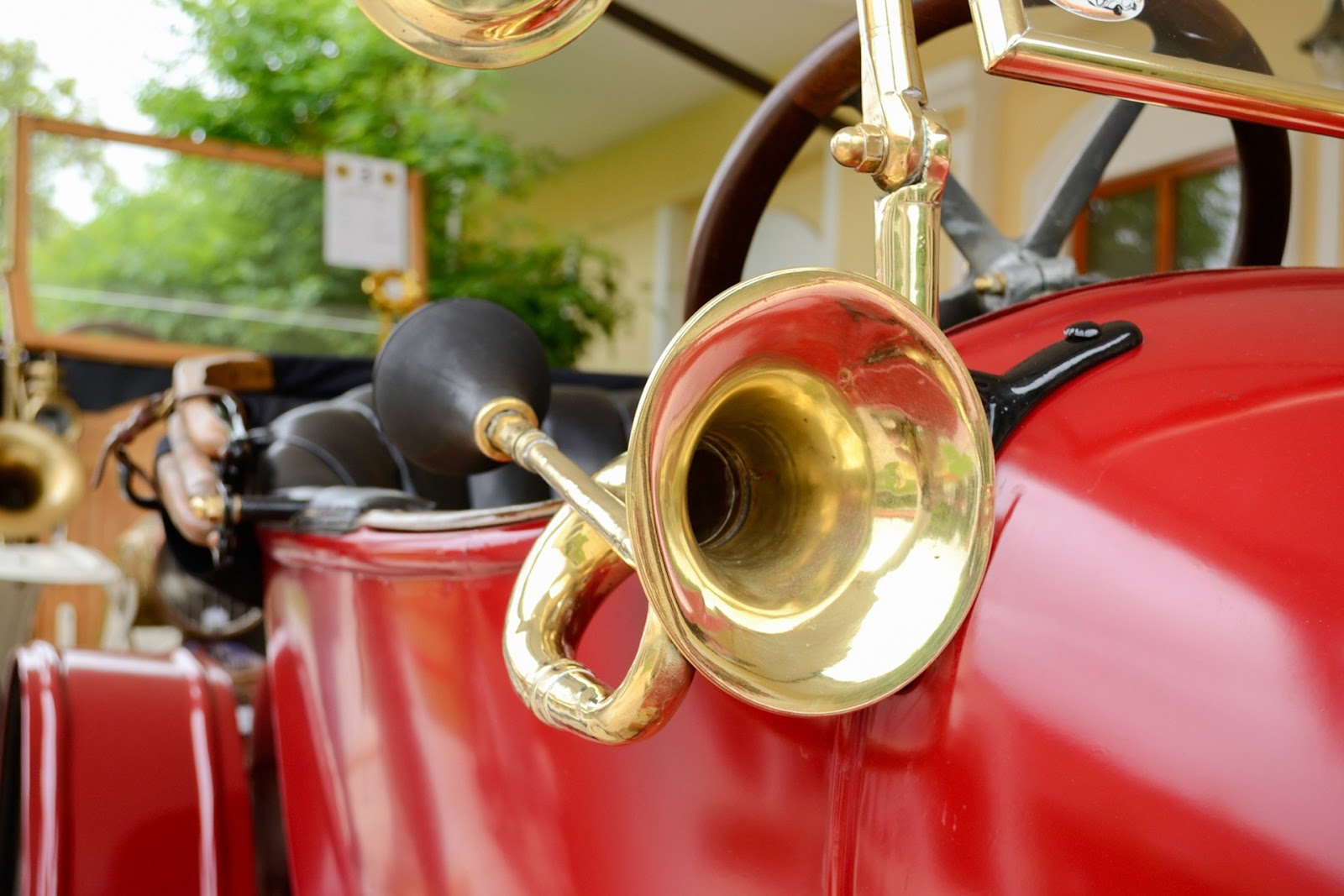 When viewed as a whole, cars are widely recognised as pieces of marvelous machinery. And certain parts of a car, like the engine, transmission, and wheels usually get plenty of attention. But what about the parts that are often overlooked?

These smaller parts are also great feats of trial and error, of engineering and innovation. One of the most unique of these is the car horn. It may be somewhat of an afterthought in modern times, but when it was invented, it was an important accessory that saved lives. Here’s a look at the interesting history of the car horn.

Hop into any car today and the location of the horn will feel intuitive. If you need to use it, it’s simply a matter of pressing your palm into the steering wheel to get the attention of everyone around you. In the earliest days of autos, however, the car horn was actually outside the car (and that was a step up from having a person walk through the streets in front of your car, blowing a horn and waving a flag, as used to be the case in Britain).

At the beginning of the 20th century, in the search for effective in-car signalling devices, drivers could choose from whistles, sirens, and bells to alert pedestrians and other cars of their presence. The horn emerged during this time as a very popular choice.

In 1910, an Englishman named Oliver Lucas developed an electric horn that could be heard over a mile away. This was the foundation of the modern car horn. The years to follow saw some tinkering with the standard setup - and even now some cars still come with horns that sound via the press of a button on the dashboard - but after all this trial and error, designers finally recognised ‘if it ain’t broke, don’t fix it’. Despite this, car horns did still need to change in the future, not because the design of the horn had changed radically, but because of other new technology that developed around it.

In the early 1970s, a new complication came along for the car horn. In years prior, the horn enjoyed a premium portion of the steering wheel’s real estate. As car safety and technology improved, the inserting of an airbag into the steering wheel complicated its design and the placement of the horn.

Airbags are meant to only deploy once, but horns are used much more frequently. While most car manufacturers have since gotten the balance right, there has been some trial and error along the way. Even cars made in more in recent years have encountered problems.

Because the steering wheel houses these two components that serve totally different purposes, it’s still possible for something to go wrong. That’s why it’s really important to get it checked out if you have reason to believe one of the components isn’t playing nice with the other.

In the early days of autos, using a horn was considered courteous, and it would have been rude not to use it. Today, we generally use horns to express anger or frustration.

Of course, our use of the car horn varies from community to community. If you live in a small coastal town with low traffic, you may never have occasion to use it. If you live in a major city and drive peak hour, you know car horns are the de facto form of communication described above.

But despite the popularity of hammering the horn, it’s important that Aussie drivers keep the law in mind when it comes to its use. In Queensland alone during 2017, 52 drivers were levied with a fine for improperly using their horns. Rules can vary slightly from state to state, but usually horns are used as an emergency sound. Using your horn to say goodbye to your partner in the morning may be common, but it may also run afoul of the law. So, if in doubt, just wind down the window and wave.

The same also applies to custom car horns. If you’re planning on tweaking the sound by getting a custom horn, it’s essential to check local laws first. Even if you’ve got a horn that sounds really nice, it still may peeve off the authorities unless it conforms to the rules surrounding car horn noise in your state.

From its first iteration all the way through to today, the car horn has been an exceptional and interesting piece of car technology – a component that has done essentially the same thing since its creation, but evolved numerous times to suit different needs, styles, and even local laws.

While the history of the car horn does make for fantastic reading, it is also just one of many car components with a really interesting story, from the development of power steering, to the automatic transmission and the electric window. All this technology has existed for many years, but has also undergone many evolutions during that time.

A car is not only a machine, but a living museum of tech innovation and progress. That’s why every modern car carries a rich history with it every time one rolls off the assembly line. The only downside about diving deep into so much car history is that once you do, you’ll likely never stop reading, talking, and thinking about it.

Are there any other car parts you know of that have a really interesting history? Let us know in the comments below: