6 of the Oddest Special Edition Cars Ever Made 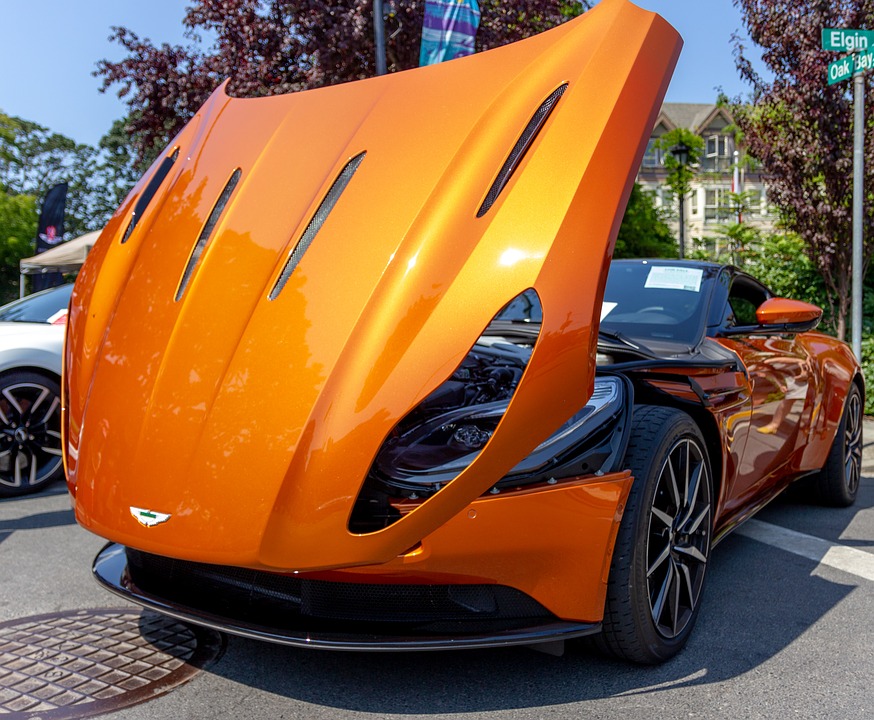 The car universe is big and diverse, and the history of special edition vehicles demonstrates that fact. Every now and then, even the world’s greatest car manufacturers put their beloved classics to the side and release a quirky vehicle. Sometimes these odd versions can be truly outstanding one-of-a-kind creations.


But other times, these vehicles have definitely missed the target, or were so over-the-top-odd that their designers were never aiming for a bullseye in the first place. But even if these cars weren’t blockbuster hits, they certainly were conversation starters. Here's a look at 6 of the oddest special edition cars ever made.


James Bond and Aston Martin have had a long association in film. This car was unique in that it took that longstanding partnership and combined the brands. While this special edition did have its fans, others found it garish. To many, Bond represented classical style, and such overt branding was seen as a no-no. Then there were those Bond fans who looked longingly at the time 007 associated with Lotus or BMW.


The lesson here is that there can be too much of a good thing. With a new Bond movie due out soon, the British manufacturer would be at its best to focus on designing great cars and letting them be shown off on screen without the need for questionable crossovers.


Speaking of film and car crossovers, this vehicle is an example of a car marketer’s match made in heaven. With Nissan having a longstanding series of vehicles being sold under the Rogue name, the release of the first standalone Star Wars movie outside of the main trilogy was the perfect chance to appeal to a new audience. With just 5,400 released in North America, the Nissan Rogue One also perfectly positioned itself to become another rare series collectible around the world, just like a Star Wars' Comic Book Issue #1.


The one downside of this vehicle was that the heavy push by Nissan on the car’s technology also made fans aware that this might have been a cool car, but it wasn’t a vehicle comparable to the power of a TIE Fighter or Millennium Falcon. The good news is that with Tesla founder Elon Musk trying to get his SpaceX rockets to land on Mars by 2022, we may one day see a much more intriguing mix of cars and outer space.

In the space of a generation, video games have shifted from a pastime at the edges of pop culture to a pursuit firmly in the centre of it. The rapidly rising value of esports shows this, with the industry having grown 27 per cent between 2018 and 2019, and projected to deliver USD$1.1 billion in revenue before the end of 2019. This is why the launch of a video game-themed Jeep wasn’t entirely unimaginable, even if the end result was rather unimaginative.


This special edition Jeep has all the typical features fans of this beloved brand know and love. Then, there’s the special ‘blacked out’ decor, ensuring the vehicle would be a nightmare to see after sunset without headlights on, as well as a couple of decal designs on the roof and front quarter panels bearing the game’s logo – but that’s just about it. Nobody expected this vehicle to have missiles shooting out of the front bumper, but whoever thought this partnership would be a great idea based largely on a can of paint and a few stickers made a very odd decision indeed.


Although green is unquestionably a great colour to spot around the links, the golf-theme livery of this car ultimately didn’t connect with too many motorists. Sure, the colour green certainly has its place in the world of autos – anyone who has ever dreamed of owning a Jaguar E-Type may be unable to imagine doing so in any other colour – but this particular design was a little too on the nose even if the legendary legacy of its namesake is something all golfers admire.

If you're someone who just can’t decide which colour they want to wear that morning, this is the perfect car for you. Instead of struggling over whether you’d be happiest driving a yellow car, a red one, or a blue one, with the Harlequin, you can have them all.


Although this vehicle certainly was odd, it has since become a cult classic, one that is highly sought after. It's proof-positive that even if something appears odd at first (and OK, it still looks odd today) – it can nonetheless become a beloved vehicle that holds a special place in car history.


The 500 is a beloved Italian vehicle. It's a car that may not turn heads in quite the same way its Italian stablemates Lamborghini and Ferrari do, but it's sure to put a smile on your dial while driving, and is certain to retain a special place in the hearts of all Italian car fans.
That’s why this partnership of Fiat and Gucci was a great event, even if it was unusual.


At its core, this is a car for anyone who is a fan of Fiat and the beloved Italian fashion house – and ideally both. With the Fiat’s already-iconic design combined with Gucci’s trademark red and green livery across the vehicle’s exterior and interior, there’s no mistaking this car’s flamboyance and celebrating of bold style. For fashionistas, it's the perfect vehicle for cruising along the Amalfi Coast – but perhaps not for timid souls.


Many of the cars listed here didn’t quite hit the mark. Although all car fans will agree it’s always better to hit the bullseye, it’s important to keep in mind that experimentation is always going to be a key part of car production and design.


What’s more, history shows that very odd cars like many in the BMW Art Car series can be popular on release, and continue to be for decades afterwards. As we drive further into the electric era, we’re sure to see more odd cars released. Fingers crossed that they are weird and wonderful, for the benefit of both car creators and their customers.


What other cars do you know of that are really odd? Let us know in the comments below: