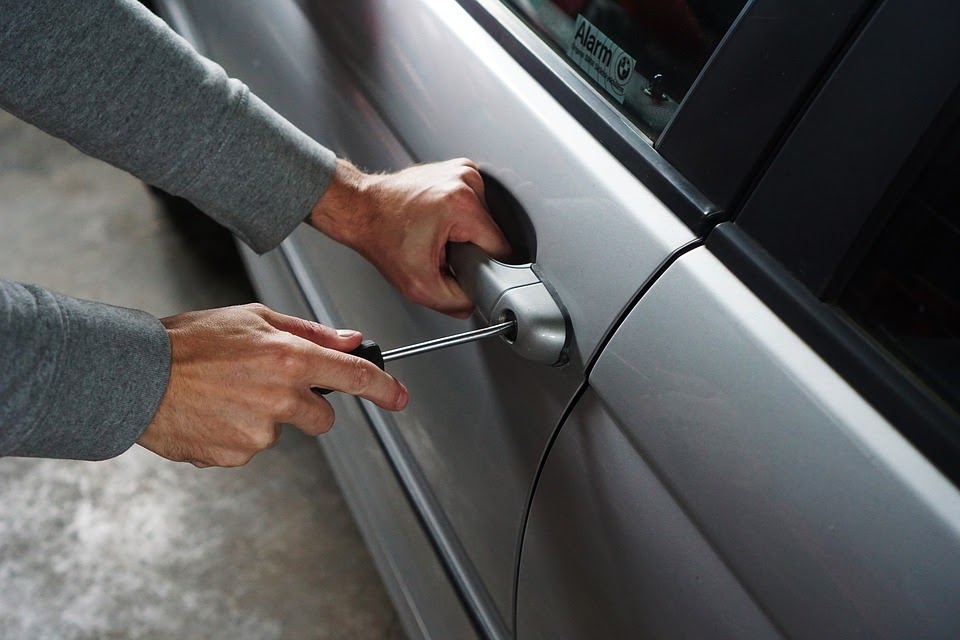 Being a victim of car theft is always horrible. Many people - especially real gearheads - form an attachment to their cars, and seeing them subject to theft feels awful. It’s a confronting but unfortunately common occurrence that many owners have dealt with.


The good news for car owners is that being a car thief is usually a very difficult job. It’s only gotten harder with the advances in technology, like car alarms and engine immobilisers. What’s more, car theft can easily be made even harder when an owner puts a few techniques in place as part of their daily driving habits. So let’s look now at the 6 best ways to thwart car thieves.

1. Be Mindful of Where You Park When Out and About

With over 20 million registered vehicles in Australia, car thieves have an abundance of potential targets available to them. So as an owner, it pays to take some additional precautions when parking. When parking your vehicle for a short time - such as during a trip to the shops in the daytime - always look to park in a place that is not isolated and where your car is visible to a crowd of people.


Conversely, if parking for a longer duration - such as overnight while on holiday - whenever possible park in a secure location with vehicle access control gates and security cameras.


Unfortunately, some car thieves can be very brazen and may make an attempt on a vehicle regardless of where it’s parked. But the presence of crowds and security tech, like access gates and cameras, make their goal much harder.

2.  Maximise Security When at Home Too

Not everyone has access to a garage, or their own private car space. Nonetheless, it’s possible if parking on the street to still take some steps to decrease the likelihood of car theft. For instance, avoid parking in an area surrounded by high fences. If residents in their homes can’t see your car, this will increase a thief's confidence. Even if you must park your car a few more metres away from your residence, if you place it in a more highly visible area, it could make a thief’s job of trying to break in unseen far harder.

3. Factor In Your Car’s Value When Considering Its Use

It’s not news that some cars - given their perceived value, brand prestige, or other factors - can be a greater target than others. For an owner of such a car, it’s worthwhile to be extra thoughtful about where it’s kept, and for how long. For example, parking it on the street while on a Sunday night out at the movies could raise the risk of a theft as it’s left unattended for a few hours. By contrast, taking a taxi or ride sharing vehicle to the cinema and keeping the car at home can neutralise this danger. Even if someone doesn’t own a rare car, taking similar precautions if intending to be out but away from the vehicle for a substantial period of time is prudent.

4. Minimise the Incentive for Theft

An additional way to thwart car thieves comes with presentation. While a thief intent on stealing will try and break into a vehicle regardless, many select particular vehicles to break into based on what’s visible inside. That’s why it’s important to ensure any valuables, such as phones, laptops, jewellery and similar goods, are never left in view inside the car. It’s also essential to avoid leaving any traces of these goods too, such as phone chargers, as the thief may still break in if they feel these clues confirm valuables are concealed somewhere inside the car.

In addition to minimising the incentive for car thieves, it’s also prudent to visibly enhance the deterrence. Many alarm systems will come with the inclusion of a blinking light on the car’s dashboard. This indicates to would-be thieves that the car has an alarm, and it’s also active. If your alarm doesn’t have a flashing light (or even if it does), many car owners also like to have a small but visible alarm sticker placed on one of the car’s windows near a door handle. Such a sticker will tell a thief that breaking in will set off the alarm and could draw a lot of unwanted attention.

If you work in a public setting - especially one that will have you interacting with the public - either lock your keys in a secure cabinet, or carry them in your pocket. Avoid the habit of putting your keys down on the table when eating out, or keeping them in a jacket or bag you take off and place on your chair. You may think if your keys are in sight or right next to you, nobody would be so audacious to try and steal them. But many car thieves find success relying on that presumption. Ultimately, it just takes one moment of distraction and a theft could occur thanks to a thief swiping your keys while passing by.

Cars are over a century old, and car thieves have been around essentially just as long. They’re an enduring problem, and sadly set to remain so. But a number of steps can be taken to minimise the risk of car theft, protecting you and your prized vehicle.


It starts with being mindful about where your car is parked. Minimise the incentive to break in while maximising the deterrence of theft. Be cautious about where car keys are kept so as to diminish any opportunity for a thief to get easy access to the vehicle. By utilising these techniques each day, a thief's task is much harder, and your risk of falling victim to car thieves is made smaller.


What other tips do you have for thwarting car thieves? Let us know in the comments below.