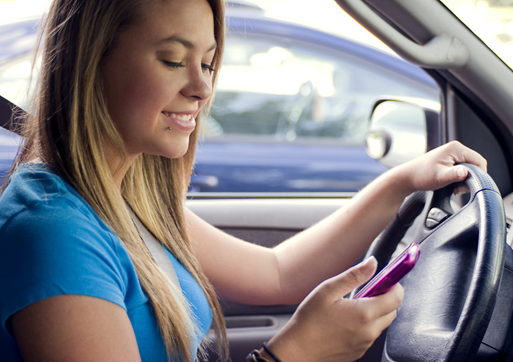 When mobile phones became widespread, a new danger came with them, and distracted driving due to phone use is now a major reason for many crashes and near misses. Drunk driving remains number one, but the two certainly compare in many ways. Which one is more dangerous? It’s all a matter of degrees, given their similar levels of impairment.


One in five drivers who die during an accident in Australia are intoxicated. Both distracted drivers and drunk drivers pay a high price in terms of property damage, insurance rates, injury rates, long term disabilities and deaths. Some will also pay with prison sentences. If you want to learn more, check out these safe driving tips, as you’ll stay much safer on the road with these common sense ideas


The dangers for teen drivers are very similar. Teens are more likely to drink and drive. They’re also the ones most interested in technology, and, therefore, the most likely to use their phones while driving. When you factor in teen's immaturity and inexperience, it's no wonder that teen accident rates are highest for both drink and distracted driving.


In a national survey, 59 percent of all Australian drivers admitted to using their phone while they were driving. This includes reading texts and sending them. According to the Centre for Accident Research and Road Safety, a study in Queensland found that 77 percent of the drivers involved in accidents were using their phones while driving.


The problem has exploded as our phones have turned into handheld computers. Now, drivers use their phones to look for directions. Many write or read text messages. Others check social media or the news. Some play games or watch videos. Some drivers even use their phone to find music or an app to entertain them.


Unfortunately, every one of these activities absorbs their attention, as well as occupying their hands and eyes. In one case that was reported on television news, a truck driver looked at his phone, ran a stop sign, hit a school bus, and killed a child. This could just as easily have been a story about a drunk driver.


In another national survey, some 58 percent of all Australian drivers reported that they have driven drunk. Of those, 72 percent admitted to driving under the influence at least twice that year. While drunk driving is always dangerous, some would point out that the number of drunk drivers has gone down due to the national campaigns and tougher laws. However, the numbers are always highest among teen drivers - the same group for whom distracted driving is also a bigger issue.


Driving impaired while drunk is true every minute that the driver is behind the wheel. On the other hand, drivers can be perfectly fine when not using their phones; it’s only when the phone is in use that the problem occurs. This is probably the biggest difference between the two. The drunk driver cannot fix the situation. He or she must stop driving or the danger continues second to second.


The sober driver has control over the situation, choosing when to use the phone or not. On the other hand, nearly every driver has a phone, making distracted driving a much more likely - and, therefore, potentially more dangerous - scenario than drunk driving.


Studies have shown that the level of impairment drivers experience is similar in both cases. Like a driver on drugs or alcohol, the distracted driver is impaired from making the best judgment on speed or lane position. A drunk simply loses the ability to focus on the road.


In a similar way, a distracted driver’s point of view actually shrinks in relation to the brain’s attention to the phone call. In both cases, the view is there, but the driver basically doesn’t register it fully. Distracted driving, like drunk driving, can lead to grabbing a short gap in a busy traffic stream or following the car ahead too closely. Both drunk and distracted drivers may miss the brake lights ahead of them or run a red light, leading to a crash.


While the drunk driver simply can’t keep up with visual and physical cues, the distracted driver is making a similar choice by toying with the phone. Their eyes aren’t on the road. Their hands aren’t on the wheel. Their mind isn’t on the task at hand. Reflexes count when it comes to driving. In both cases, reaction time is slowed, turning an unexpected traffic event into a crash situation.


The need for tougher laws toward drunk driving has been widely known far longer than the need for a crackdown on distracted driving. While there is a ban on cellphone use in place, it isn't yet as widely enforced as it could be.


Hands-free devices can play a role in keeping the driver's focus on the road. Crash avoidance features, including collision warnings and swerve alerts, demand the sober driver's attention. Automatic braking and lane-keeping assistance are even more likely to prevent accidents.


Which do you believe poses a bigger threat: drunk driving or distracted driving? Share your thoughts by leaving us a comment below: